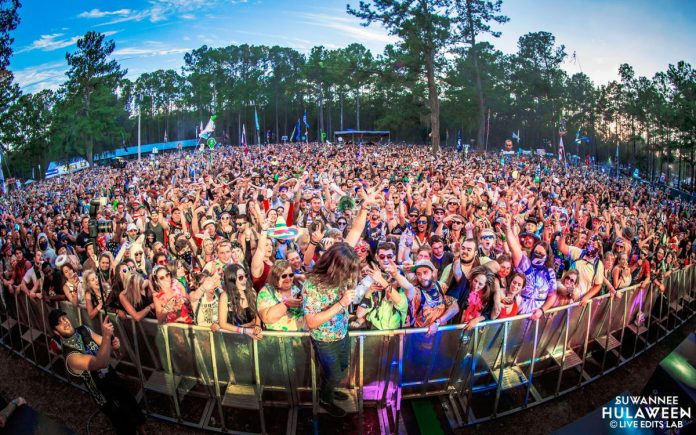 Get excited, Hulaweeners! Suwannee Hulaween is back, and the Halloween themed three-day camping festival has just dropped quite an impressive lineup.

On the electronic side of the festival, headliners include ODESZA, REZZ, Tipper, Gramatik, NGHTMARE, Troyboi, Snakehips, Justin Martin, Fisher and Kill Frenzy. The String Cheese Incident is making their sixth appearance in a row, along with Janelle Monáe, The Revivalists, Vulfpeck, STS9, Tory Lanez and more. The team also says that one particularly special artist addition is Grammy-award winning, British future funk band Jamiroquai – their Hulaween performance will be one of five stateside performances for the group in the last 13 years.

There are few festivals that have successfully grown a cult following like Suwannee Hulaween has. Since its inception in 2013, the immersive camping festival in northern Florida has boasted stacked line-ups and built such a reputation that many tickets are bought before the line-up is even released. With this drop, you can expect tier two tickets to sell out quickly, as tier one has already come and gone. Suwannee Hulaween will take place on October 26-28 in Live Oak, Florida.

View the full lineup below, and purchase your tickets here.