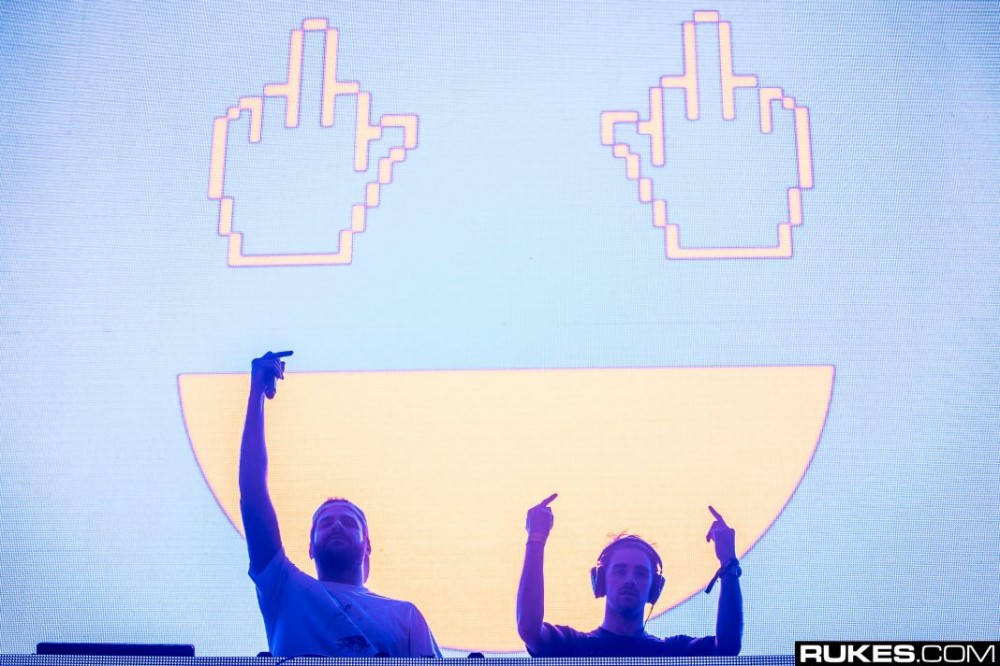 Just days after Cheat Codes got in a rather strange altercation with a fan at one of their recent shows, Cheat Codes are back in the news for calling The Chainsmokers “pussies.”

The dance music trio wrote to Twitter “What else are you pussies gunna copy? @TheChainsmokers.” Cheat Codes said that it was their thing to bring $1,000 in cash and throw it out in the middle of the crowd. While we’re not sure exactly what, The Cheat Codes implied that The Chainsmokers copied something else as well.

Shaun Frank responded to Cheat Codes to say that they better call out Fetty Wap while they are at it. Read the whole Twitter beef below.

we’ve never thrown money at a show. unlike you guys, we don’t have to pay people to come see us.

Read what the EDM community had to say about it.

I mean speaking of copying lmao. U guys def ripped off from @LouisTheChild pic.twitter.com/KiUf3cnB4W