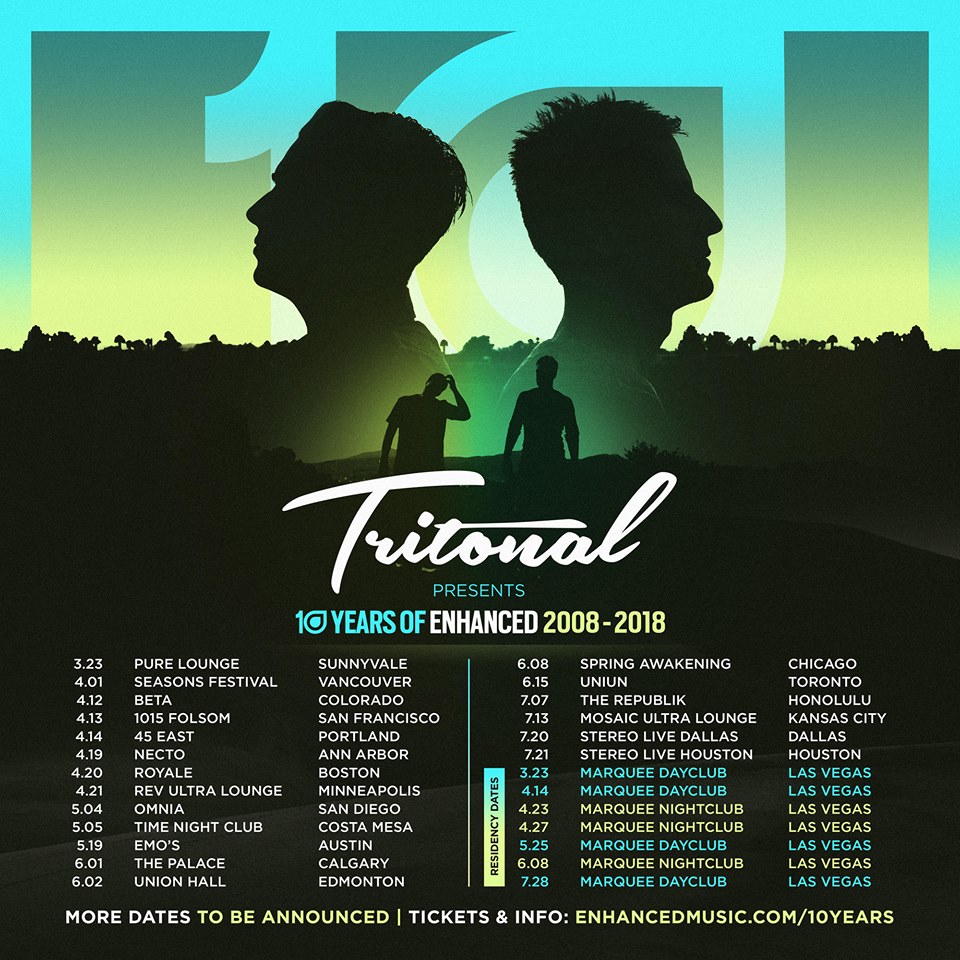 has announced the 10 year anniversary its forefront label . To help celebrate the milestone, they’ve released phase one the Ten Years Enhanced Tour dates. Additional dates and support for the tour will be announced in the coming weeks.

The American based duo Chad Cisneros and Dave Reed have been leaders in dance music for a decade now. They’ve come out with smash hits like ‘Call me’ , ‘Now Or Never’, ‘Untouchable’, and many more. In the midst making all these hits, Tritonal have built up one the biggest labels in the dance music industry.

Tritonal hasn’t looked back since 2008, headlining major festivals around the world with six top ten singles on Billboard’s Dance charts. According to MixMag, Enhanced Music is “the label that delivers tune after tune”. Enhanced has been known for discovering talent like BRKLYN, Arty, Audien and giving other artists a platform to showcase their talents.

Tickets go on sale for the tour Friday at 10AM PST. Head for tickets, info and additional tour dates.