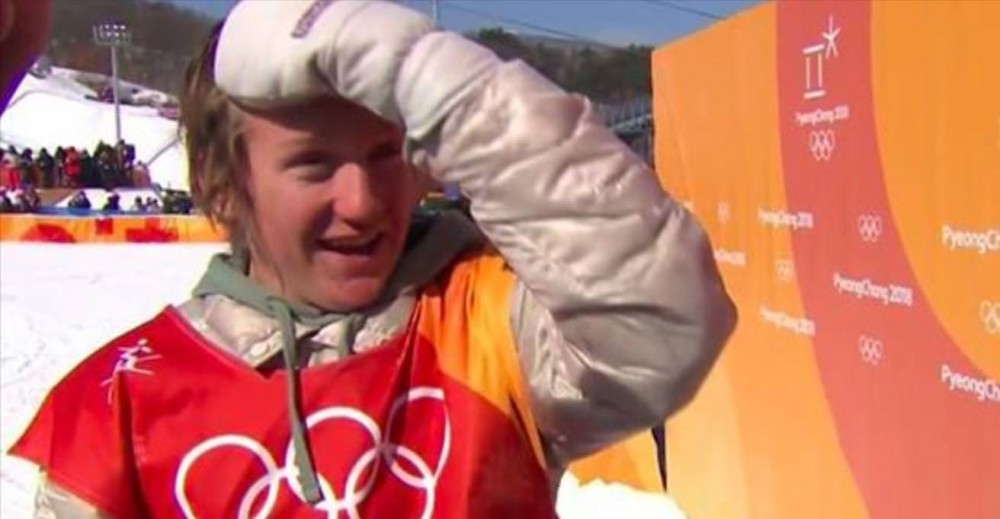 Red Gerard is the hero we all needed today…

This guy stayed up too late watching Netflix, and in turn overslept on a very important morning (which, we’ve all done, right?!). Only problem was, Gerard was supposed to be competing in the 2018 Winter Olympics for Team USA. Scrambling to get his gear together, he resorted to borrowing his roommate’s coat and peaced out the house just in time to make it to the competition.

So there Red Gerard was — at the Olympics, wondering where the hell his jacket was, but surely ready to shred the mountain before him. And that he did.

Not only did Gerard win the Gold in the “Men’s Snowboard Slopestyle” category at the ripe age 17, he also managed to drop the only F-bomb that will probably be heard over the entire 2018 Winter Olympics broadcast.

It’s the most glorious, “Holy f*ck!” ever heard round the world. He’ll go down in history for this…