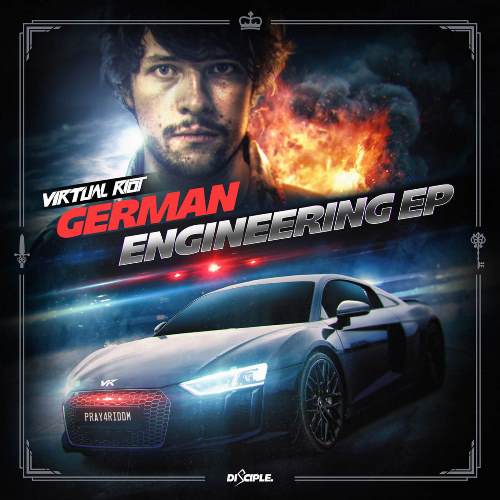 The wait is over as Virtual Riot‘s new EP, German Engineering, is finally here! This album features six new bass heavy tracks from the German artist. The German DJ and producer Virtual Riot was born and raised in Marl, Germany, and was inspired at a young age by artists such as Skrillex and BT.

Known for his impeccable sound design and engineering, Virtual Riot has skills that shine through on each his tracks. Opening up the EP is ‘Pray for Riddim’ which sets the mood the album with slow melodic organs that open up the floodgates for a heavy bass rhythm. ‘Show Up‘, featuring Virus Syndicate, takes you through a slow journey that turns into a Fast N’ Furious adventure. Riddim/dubstep tracks like ‘Jump The Gun‘ and ‘The Darkest Night‘ switch to a more upbeat yet chill tempo tossing you for a double take in the mix. ‘Chop Chop‘ brings the steady beat back down to create a dark vibe to the EP. It’s no wonder that fans are never bored with him.

In 2018, Virtual Riot is going to launch his diverse range sound into a new era bass.  Feel the rush the bass with another fantastic EP in a long series releases from Virtual Riot. We wouldn’t expect anything less. Check out Virtual Riot’s German Engineering EP below.