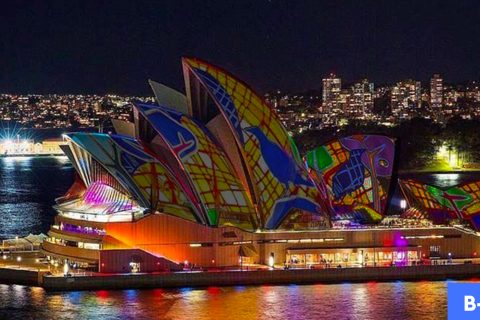 Annual celebration of light, Vivid is fast approaching for another year, with the month long festival kicking off this weekend. However, things will be slightly different this year after a local baby boomer collective raised their concerns with City of Sydney that the lights “are too bright”.

The small faction of 60-70 year olds who take residence in the Bennelong apartments (the Toaster) near the Opera House, have protested the annual event, and – to no real surprise – have been successful in getting their way.

66-year-old retiree, David Penfold spoke with B-Side this morning, saying “if you had to put up with the lights and the foot traffic each year then you’d probably be on our side.” Penfold, whose apartment looks directly at the Harbour Bridge, added that “the migraine my wife and I have to deal with each year is simply not worth the boost in winter tourism the city gets, and frankly we’ve had enough of it. We’re livid with Vivid.”

On top of the dimming of light installations across the city, all musical events being held at the Sydney Opera House will be turned down to cater for the local residents who claim they “haven’t been sleeping all that well”. Police will also be out in numbers to ensure that attendees to all events keep their voices down, and will be fitted with sound monitors to ensure that.

Will this have an effect on Vivid’s turn out this year? Only time will tell. We will update this story as more unfolds.