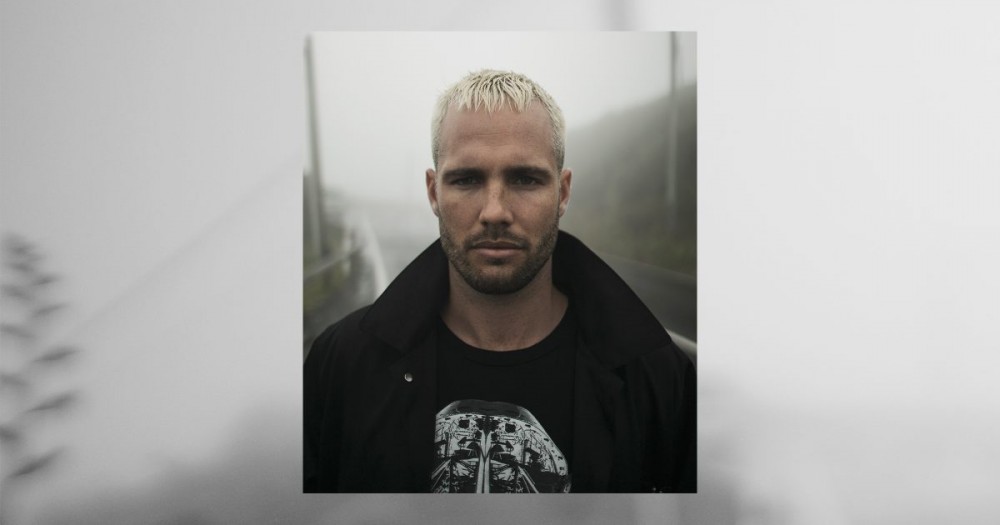 The rise What So Not is a story that does not adopt the typical narrative a big electronic artist. His story as a DJ began as the lesser known half a duo with Flume, one that hammered the club circuit but perhaps wasn’t seen as a legitimate headliner. Through extenuating circumstances, in 2016 it was announced that Chris Emerson (aka Emoh Instead) would be taking the reins the project full time. Years constant touring and a string successful tracks (both original and remixes), has seen Emerson has propelled What So Not to some the biggest stages both locally and abroad.

On March 9th, his debut album Not All the Beautiful Things will be released Sweat It Out. Sitting down and talking to Emerson, you get a sense how much releasing this album means to him. He told Stoney Roads that “(when describing the album) I would do a voice memo to try and express to the greater team what each song meant to me, where it came from and what it was about… I found myself speaking for over an hour and a half on each song”.

This passion shines through on the album, as the attention to detail on all the tracks is evident. Perhaps this much can be expected from a project that is three years in the making. When talking about how it came together, Emerson said “(the album) was recorded and written everywhere that I can think … Nicaragua, all over Australia, WA, South Australia, QLD, my home in Sydney, over in Europe, in the UK, Berlin, out in Reading on a farm, in Los Angeles, New York, Philadelphia, Holland, Belgium, France, wow, really everywhere”.

The journey undertaken in the recording this album can be seen on the star-studded list features. And while artists like Skrillex, Toto and San Holo are huge draw cards for a producer, Emerson was meticulous about who he chose to bring in as part the project, stating “I think a lot artists today really go for big features just to get the streams up and the hype going and you know get the press picking up on it. Honestly I just wanted to work with my friends and with people that had no ego who were just totally open to just get on the same creative train as me and realise the vision that I had for the album so they could bring their own vision and experiences into that”.

Listening to Not All The Beautiful Things it is clear that Emerson has shifted the focus the project to covey more himself. When asked, he said, “I’m so passionate about the whole project and so much my own life has just been put in there and crafted and created to be what it is.” Throughout the album Emerson manages to express such themes outside the normal, natural sounds one would typically associate with such feelings. His music has always leant itself to grungier elements trap and bass music, and this album, despite its obvious emotiveness, is no different.

Despite having taken full control the project in 2016, this album demonstrates a definitive coming age for Emerson in terms establishing himself entirely  – not that he ever felt any additional pressure after going solo. “Behind the scenes, I didn’t really have to prove anything to anyone (after splitting with Flume), I think everyone knew where it was going and that What So Not had been my project for many, many years before that”. The first record released after this was his stunning remix Rufus’ track Innerbloom ­– which landed Emerson a spot at number 30.

Using this as an anchor to impose his own visions on What So Not – Emerson frequently reaches such stunning heights on his debut album, with songs such as Beautiful (ft. Winona Oak), Us (ft. Daniels) and Be Ok Again (ft. Daniel Johns) typifying the growth What So Not from producing club bangers to something with a bit more substance. Which isn’t to say this album doesn’t have any bite – tracks such as Warlord (co-produce with Slumberjack), Goh (co-produced with Skrillex ft. KLP) and Bottom End (co-produced with Dyro) providing fans with thumping tracks that helped What So Not make a name for himself.

With this new-found liberty and freedom in terms production style, Emerson has entered a new level comfort in terms his music production. In fact, he stated that the vision Not All The Beautiful Things was to create a new space for What So Not’s material to exist. He said “Generally, I would start writing a song right after something significant had happened to me. And then I would draw on different scenarios in my life or stories that people had told me.”

“From there I was creating these hyperreal characters and personas… the ethos the album was dramatic ends to important relationships. From there I developed this parallel world where all the stage design and show visuals and songs f the album exist. This sort “What So Not” world that I was trying to build enabled me to not be restricted by reality – that was very therapeutic for me because it helped me deal with things that happened in my life that became dwarfed in comparison to this hyper-real version that I created”.

One artist who connected with this vision was Silverchair lead singer Daniel Johns. Emerson said, “(he) got so excited by this, he started taking on these roles different people and changed his performance and the way we were writing lyrics together”. And while Emerson joked that he initially tried to avoid having Johns feature on three the tracks, he said, “in the end, we were just so happy with all them that we had to put them all in”. When asked what we could possibly expect from the pair, Emerson told us “we have jokingly talked about making an entire grunge EP, there’s also talk bringing me on to some the other stuff that he’s doing… I’m sure there will be plenty more collaborations between us come in the future.”

With an incoming National tour announcement set to supplement his World tour dates, and the release  Not All The Beautiful Things, 2018 is set to be Chris Emerson’s biggest year to date; not that he’s considered slowing down, “I’ll always keep trying to do bigger and bigger things because I love making music and sharing it with people.” And considering the level production on this debut album, the sky is the limit for the talented producer.

What So Not’s debut album Not All The Beautiful Things is out  Sweat It Out next Friday 9 March. Follow the link to !