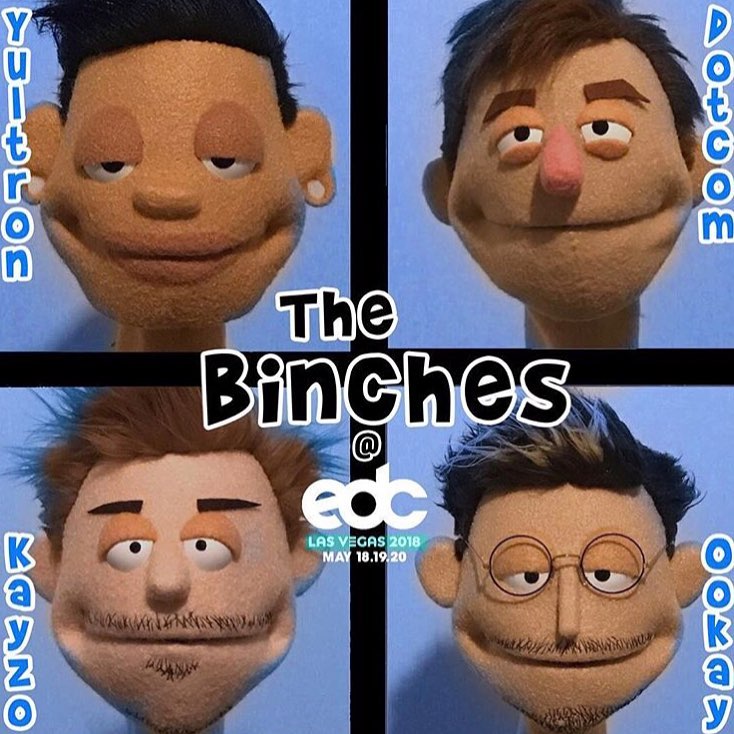 Yultron, Dotcom, Kayzo, and Ookay came together to form the super-group known as The Binches. The Binches debut closed out the final day at EDC at the Cosmic Meadow. They opened their set with a Jumanji like scenario. The Binches were brought to life in a video game all as puppets. There’s no doubt that The Binches high energy set was the absolute perfect way to end EDC weekend.

Sadly, Dotcom hasn’t been active in the EDM community in quite some time, but he made a subtle return back within The Binches. Of course, almost everyone believes that Dotcom and Marshmello are the same person. However, it was surprising when The Binches brought Marshmello out on stage to perform his song ‘Alone’. Perhaps we might’ve been wrong all along. Or maybe it’s just Tiesto under there, who knows. Either way, check out their epic closing set below.