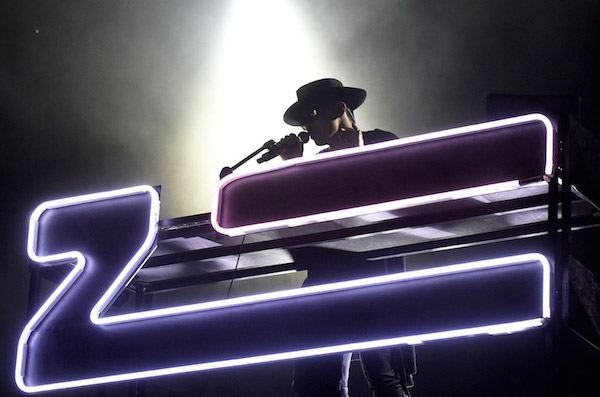 At the tail end 2017, ZHU accidentally (on purpose) dropped his track “Jet, The Doberman,” before swiftly removing it from all his accounts shortly after. The initial, short-lived release provided a nice tease for fans, and now we have once again been gifted with the track, which, like the first time, will still only be available for a limited time. In conjunction with yesterday’s release his ‘Year the Dog‘ merchandise line, Zhu has re-released “Jet, the Doberman” on his Soundcloud, but it will only available for streaming while the clothing line is available from February 12th until the 26th.

The track begins with the aggressive bark a Doberman, setting the tone for the dark and moody track that is to follow. ZHU unleashes some trap inspired horns, underlayed with a flute-like melody, as he brings 808s and varying new elements into the mix at just the right times. “Jet, The Doberman” will slot nicely into a ZHU live set; he tours with live horns, and the dark trap vibe will provide a different type energy to go along with ZHU’s typically hard-hitting house based productions. You can take a look at the ‘Year the Dog’ merch collection , and make sure to listen to the track on Soundcloud below before it is removed in a couple weeks.