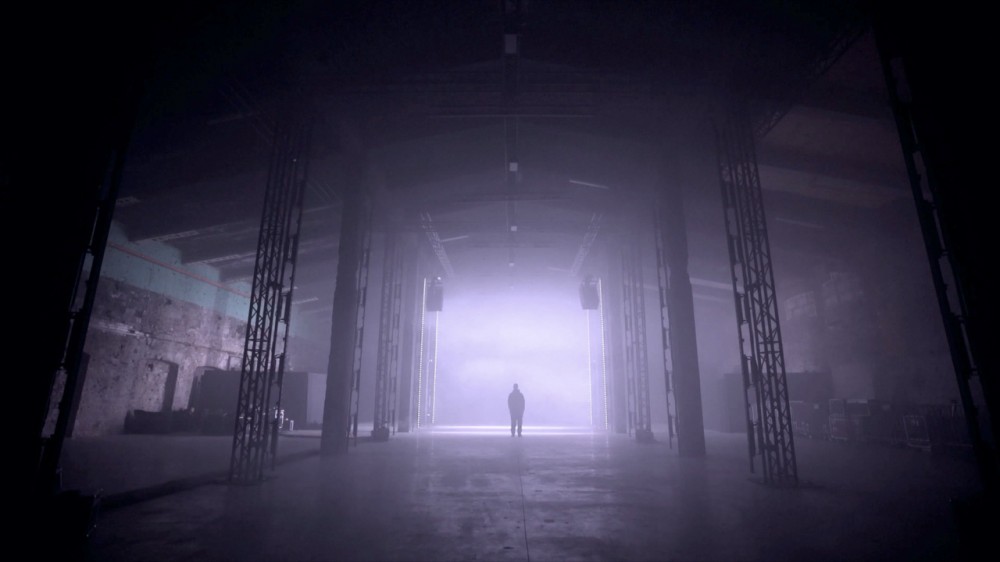 404.zero was formed back in 2016 as an outlet for the ambitious audiovisual projects of Russian artists Kristina Karpysheva and Alexander Letsius. Approaching light, sound and space with a singular vision, understanding them as essential parts of a monolithic whole, the duo create awe-inspiring works of grand scale which are defined by an esoteric aesthetic sensibility and a distinctly cinematic quality.

Since the project’s conception, Karpysheva & Letsius have shown their work in cities across the world, including Prague, Mexico City, Seoul, Lima, San Francisco and in New York’s Times Square, as well as at a vast array of international festivals, including MUTEK, Japan Media Arts Festival, Recombinant, Circle of Light, Gamma Festival and SOUND UP. This year they debuted on Icelandic label Bedroom Community as musicians for the first time with the album 404.0, which was preceded by an audiovisual EP, Black Sunday.

With 3.1, 404.zero play with perspective, illuminating the K-30 space in Saint Petersburg with floor-to-ceiling light installations. Shifting light sequences and spatial sound simulate a vast sci-fi tunnel into the unknown, which in the above video presentation is traversed by a solitary unknown figure.

Captured at Present Perfect Festival, 3.1 features key themes and motifs fundamental to the duo’s audiovisual art practice. With a focus on scale, the interior architecture of the space in which the work is situated becomes as much a part of the work as its mechanics, solidifying light, sound and space into a single composite assemblage.

This week we’ll be taking a closer look at 404.zero and their work. For more information, you can follow them on Instagram.