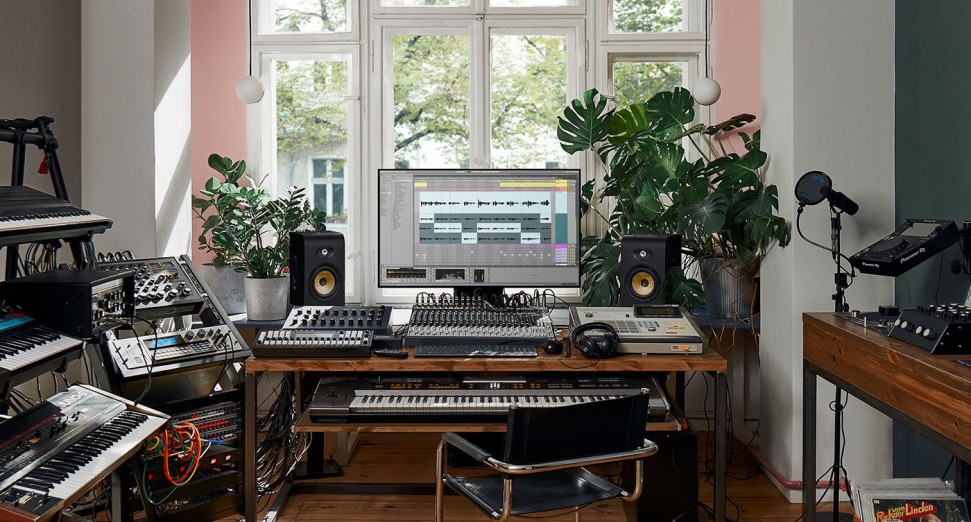 Ableton has updated its music-making software Live to version 11. The new version features some long-awaited additions, including comping, MPE support, linked tracks, new devices and tweaks to existing favourites, CPU meters per channel and more. Comping will be a hallelujah moment for many Live users who’ve had to move to different DAWs in order to record and edit vocals. It’s not just for vocals though, new Take Lanes let Live users load any samples or recording into them and highlight sections of the audio you want to use. The master take will then update, giving you a very quick way to experiment with glitchy drums or different synth tones etc.

You can collapse the Take Lanes once you’re done editing and treat the clip as a normal piece of audio or MIDI. New devices include a new Hybrid Reverb plugin that lets you blend between algorithmic reverb (digital emulations of spaces) and Impulse Responses (recordings of real spaces). By using both you can create a reverb that’s true to life while also offering the flexibility of synthesised reverb tails. 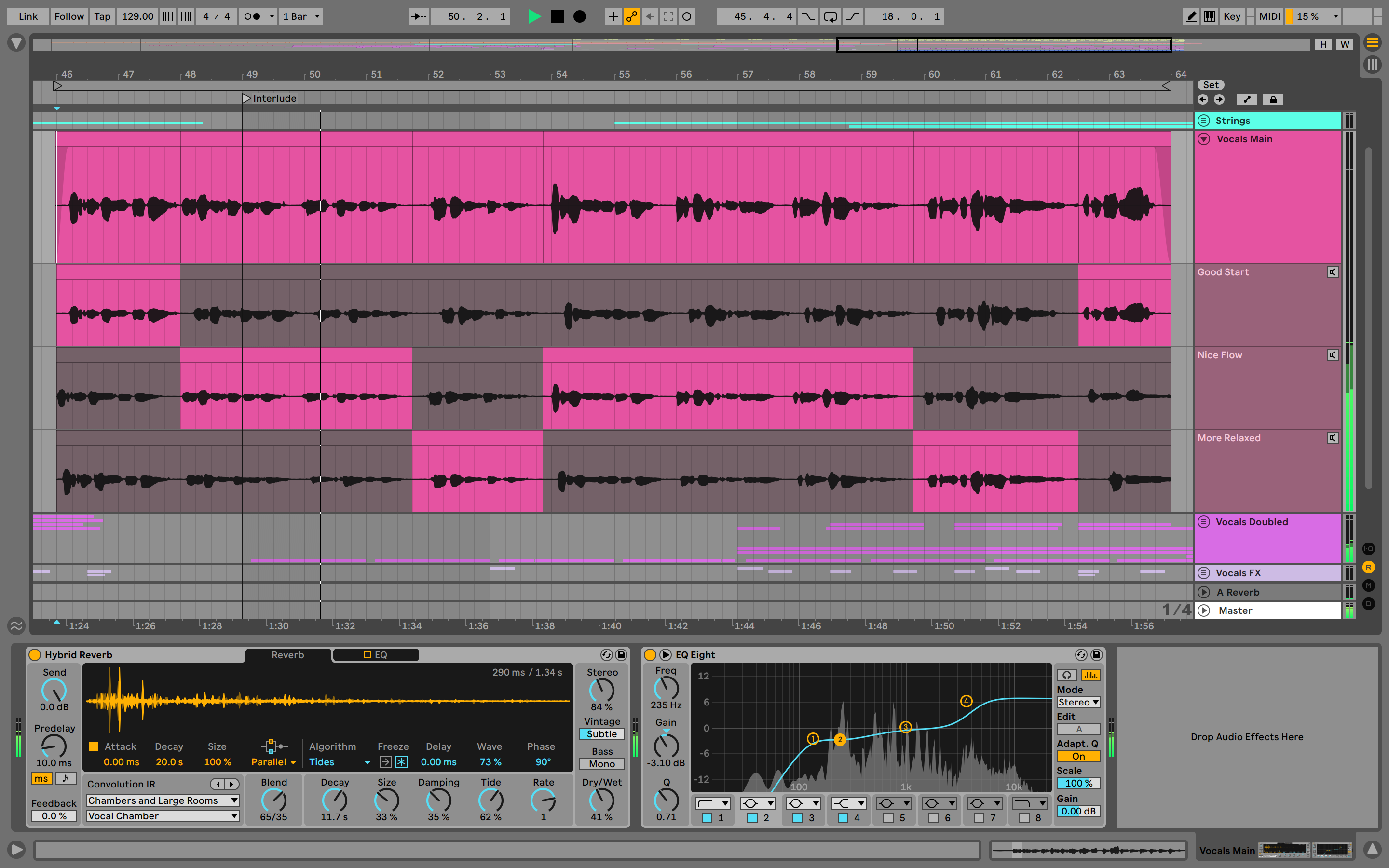 A vintage mode also lets you introduce some subtle or extreme bit crushing to emulate older digital reverbs, and the pre-delay can be sync’d to the project tempo for some slap-back sounds. Algorithmic and impulse responses can run in parallel, for both at the same time, or in series where one runs into the other. Or you can solo each one to only hear one in action. It’s a very flexible device.

MPE support means that products like ROLI Seaboard can be used with Live, meaning you can access things like pitch bend and slide per note as well as detailed pressure-sensitive modulation. IF you don’t have any MPE hardware you can still access the parameters in a new tab in the clip info section. 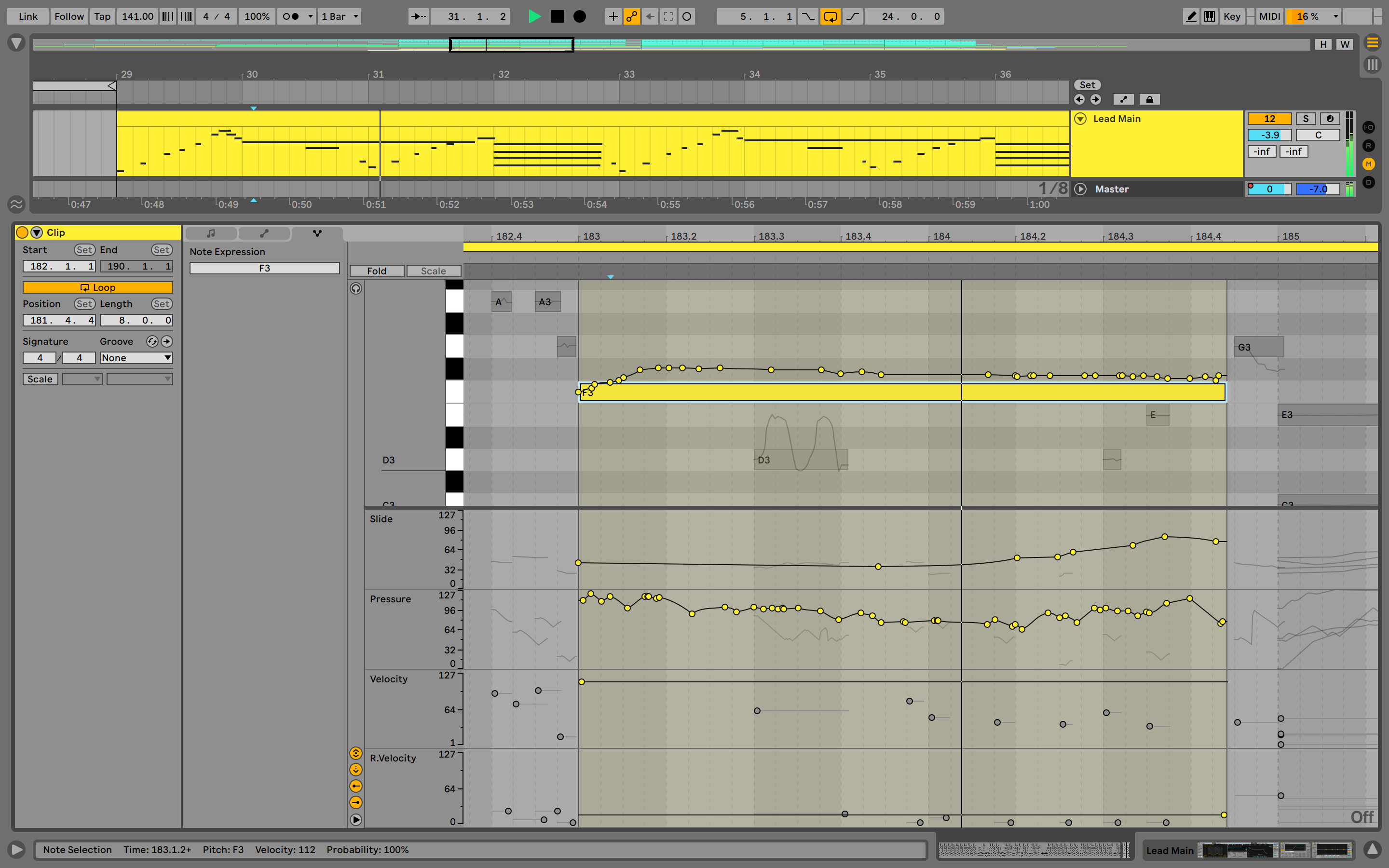 A new probability and velocity range option when programming MIDI lets you randomise whether or not a note is triggered and how loud it is based on a pre-determined range. Macro snapshots let you save Macro parameter positions as presets to recall later. You can also have up to 16 Macros per effect rack or reduce them to a minimum of two. Scale mode lets you select a scale and then Live will highlight the notes that are in that scale and you can Fold to Scale, which means Live will hide notes that aren’t part of the scale, so you can’t hit a wrong one.

A few devices have also been updated including Redux, which adds a pre- and post-filter, Phaser-Flanger which combines the two effects and offers a Doubler, and Chorus-Ensemble that offers more in-depth controls for both effects. Live 11 public beta is out now and the full version will be available in “early 2021” priced €349 for Live standard. Watch the video below for more info on Live 11.