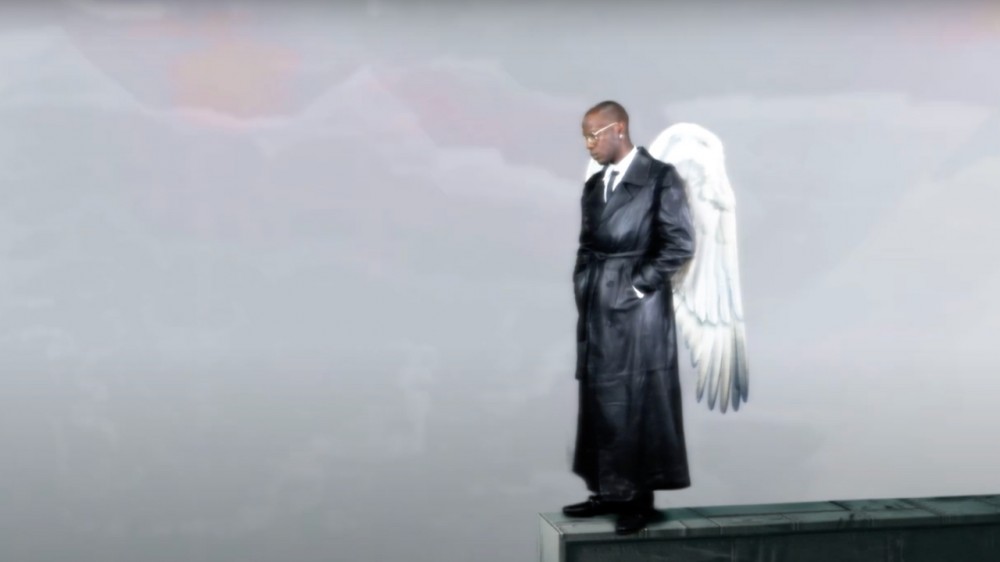 These collaborators join Yves Tumor and Cunningham himself in the accompanying short film. Directed by Lee Bootee, the film pays homage to Wim Wenders’ 1987 classic Wings Of Desire, setting a mysterious love story of clandestine, nocturnal meetings, corporate espionage, virtual avatars and techno-conspiracy against tracks taken from Karma & Desire. The video also has some intriguing similarities, and perhaps a shared universe, with John Frusciante’s recent video for ‘Brand E’, which stars Lee Bootee and was produced by Aura T-09.

Cunningham describes the new album as  “a romantic tragedy set between the heavens and the underworld”, explaining that the project covers “the same sort of things that I like to talk about – love, death, technology, the questioning of one’s being”.

Karma & Desire is out now, on Ninja Tune.