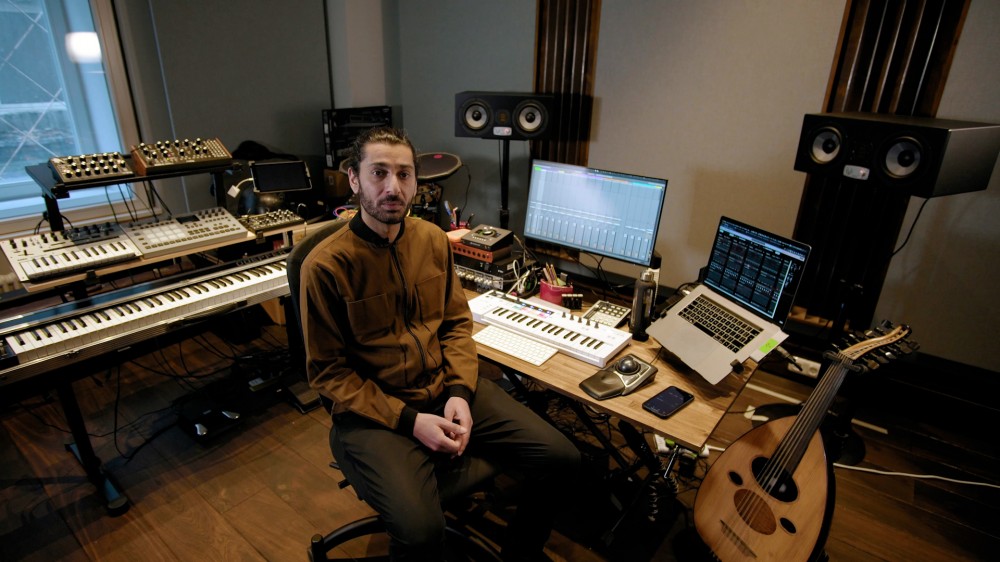 An exploration of Arabic and African tunings using Allami’s own transcultural music-making tools, Apotome and Leimma.

Khyam Allami is an Iraqi-British musician and composer whose career has spanned several decades and multiple instruments. Following the invasion of Iraq in 2003, Allami decided to reconnect with his roots, and began to study the Oud, Arabic and Iraqi music, which he explored on his 2011 debut solo album, Resonance/Dissonance.

Allami’s current focus, which he launched as part of this year’s CTM Festival, is Apotome, a project developed with creative studio Counterpoint. Apotome is a generative music system focused on transcultural tunings and their subsets, which has been designed to operate alongside Leimma a sister application that is used to explore and create these tunings.

Both Apotome and Leimma run on free-to-use, accessible browser-based applications. Allami’s aim is to highlight the biases present in modern DAWs and production tools, in order to create transcultural tools for music-making that allow anyone to explore musical cultures outside of the Western system.

In this episode of Against The Clock, Allami uses Apotome and Leimma in conjunction with the new Ableton Live 11 to explore African tonalities, specifically in relation to Arabic tuning systems. Through the course of his research, Allami discovered an African tuning system very similar to the Arabic maqam bayati, and uses these as the basis for the session.

“Black history and particularly the music of the African continent is intertwined with the Middle East as a result of slavery and the exploitation of African peoples by the Arabs,” Allami says. “This bitter and under-documented history has led to direct musical influences. The rhythmic influences of Sub-Saharan African music on North Africa and the Gulf has been researched, but the links between African and Arabic tonalities and tunings have been little explored.”

“Upon discovering the possibility of an African root to the quintessential Arab melodic intervals, I wanted to highlight it. Imagining a future-music possibility where the tonalities of the two cultures were treated with the same respect and admiration, within the context of digital music making, is a big undertaking in 10 minutes! I tried my best, but this is only the beginning. Leimma and Apotome make this much easier than ever before, but there’s still lots more to read, research and explore.”

You can try Apotome and Leimma yourself via the project’s website, and watch Deena Abdelwahed using Apotome as part of her CTM 2021 performance.