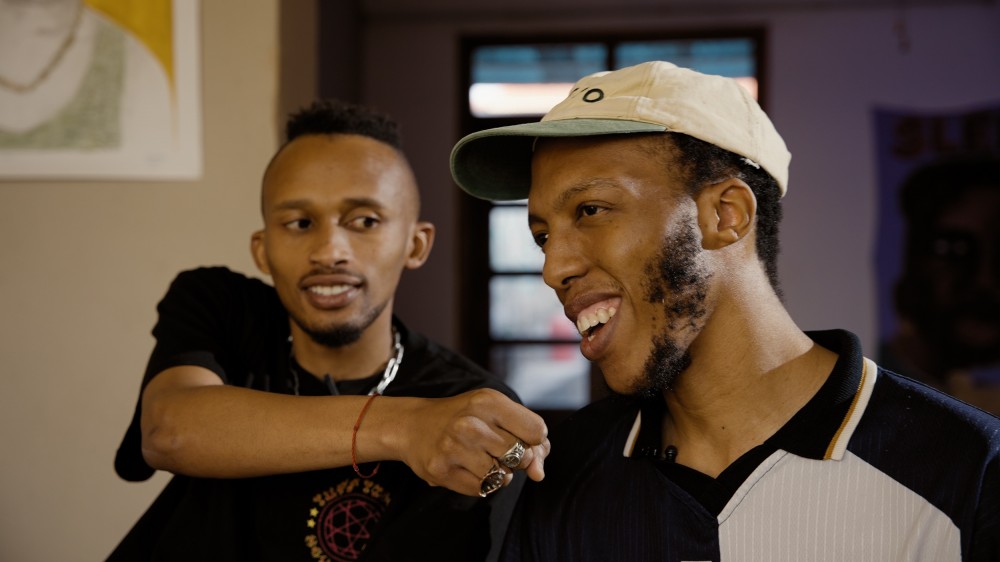 Stiff Pap are producer Jakinda and MC Ayema Problem, a Johannesburg-based duo whose music combines hip-hop and house influences with South African kwaito and gqom. They describe their sound as “post-kwaito” in a nod to the previous generation of South African club producers, whilst adding their own spin to the genre’s rich legacy to create their own unique hybrid sound.

On this episode of Against The Clock, we visit the duo in Johannesburg, where they make a track in 10 minutes with a simple setup including laptop, Ableton Live, NI Komplete Kontrol MIDI keyboard and APC40 controller, with Ayema Problem layering vocals on top.

As the duo tells Fact, making a beat with time restrictions isn’t something that they’re used to. “The thing about making a beat in that kind of time is that you really get into it and then you wanna keep going,” Jakinda says. “I think that the method we used to record the song was interesting, because we were recording right from the start, which we don’t really do but for the purposes of this I thought it would help us out.”

“We were just in the moment,” says Ayema Problem. “When you get 10 minutes you focus so much on what you’re doing, you block out the outside world, and I feel like we really were in our element.”

Earlier this year, Stiff Pap released TUFF TIME$, an album accompanied by a short film that present a snapshot of life as young Black men in Johannesburg. It was followed by a three-track remix EP, featuring reworks from Nyege Nyege affiliate Menzi, Rose Bonica and Petite Noir.