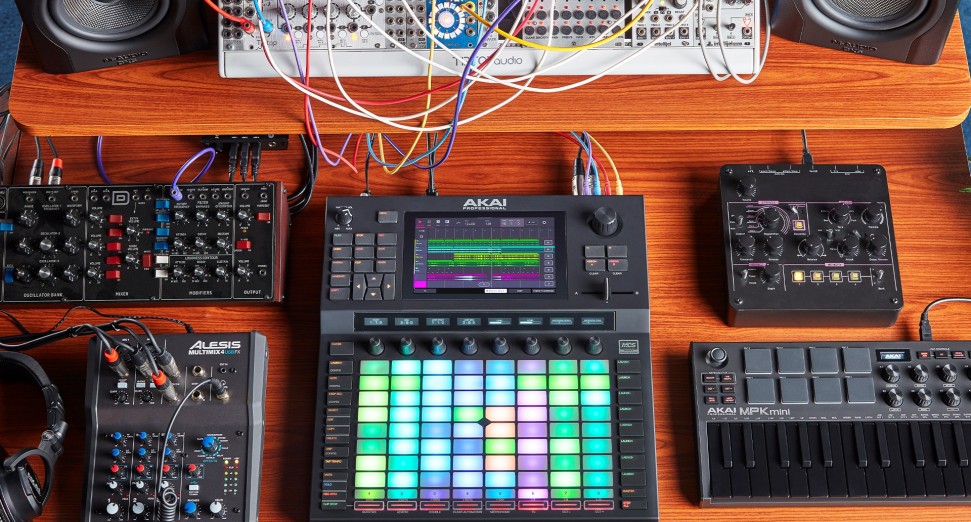 Akai Pro has updated the firmware on their Force standalone production unit to support the import of Ableton projects. Once you save and collect all, you can import the ALS file to the Force and it’ll load the Session View with all audio and MIDI files, as well as Impulse, Drum Racks, Simpler and Sampler instruments. The clips will also retain any warping, pitching, loop points and naming conventions. Force will also import your Arrangement View into its new arrangement window, so you can play the track back as you would have in Live.

Obviously, it won’t import any third-party VSTs or AUs so you’ll have to bounce the tracks to audio before you export, and Force does have its own built-in FX and instruments. It’s the first time Ableton Live sessions have been available as part of a standalone hardware unit. Alongside the Ableton import and new full arrangement view, Force 3.0.5 also adds MIDI Multi that lets you add up to 32 MIDI devices including controllers and MIDI to CV converters. Multiple parameters can now also be added to a single Macro at the same time for extra control from one knob.

Find out more about what’s new in the video below.