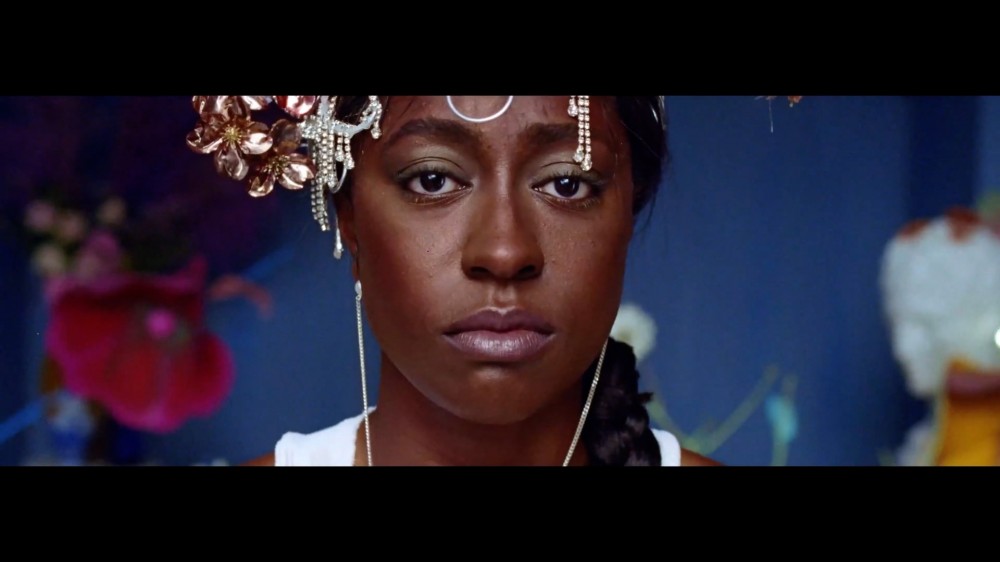 Check out the Alejandro Jodorowsky-influenced visual from photographer and director Jenny Brough.

French-Senegalese artist anaiis has shared a surreal, dream-like video for her latest track, ‘chuu’, featuring New Jersey artist Topaz Jones and filmed at 180 Studios as part of an original commission by Fact. Drawing on a rich variety of influences, including the work of photographer Tim Walker and the films of director Alejandro Jodorowsky, director Jenny Brough translates the turbulence of anaiis’ interior landscape into a labyrinthine dream world through which we are left to navigate. Moving between five strange spaces, each representing an aspect of the artist’s drives and neuroses, the stunning visual treatment sets the stage for anaiis to reckon with aspects of her own experience, a process that serves as the primary subject matter of ‘chuu’.

“After having spent so much energy dwelling on the heavier themes that inspired this body of work, I just needed to offer myself this catharsis,” explains anaiis. “chuu allowed me to fantasise about a future where the situation I had been in would no longer be consuming me, where I would be completely free of any ties and memories of that time, and I could afford myself a moment of carelessness.” She continues: “It was in part inspired by the magical-realist set designs of Alejandro Jodorowsky and was created to ridicule the absurdities often witnessed in the music industry, which reflected some of my own challenges within it.”

‘chuu’ is out now. You can find anaiis on Instagram.