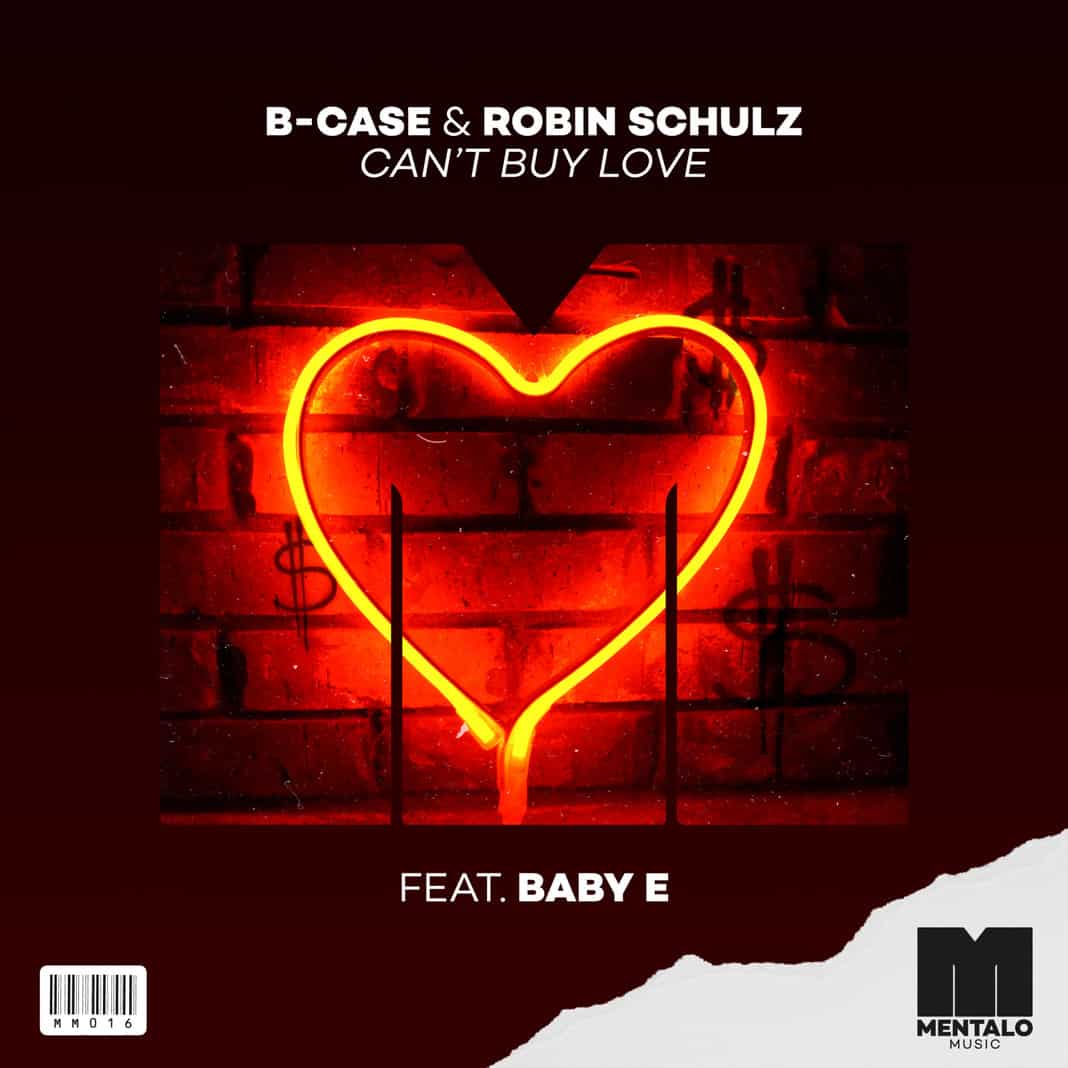 All these talented producers have teamed up for the moody sounds of ‘Can’t Buy Love’. This is a record they were destined to make one day, as it nicely builds various layers of sound, from the sentimental synth chords in the intro to the sturdy deep house beats, and warm, hip-hop-infused vocals of Baby E. This US rapper has been making impressive waves in the last decade, leading to his smash hit ‘Finessin’ in 2015 as well as 2018’s touching ‘Trapper Of The Year’, which formed the main foundation for this new single.

It’s a pop song with sentimental value, enhanced by those spacious synths in the back, reminiscing of classic 80’s synth-pop, while the hip hop beats throughout the breakdown provide the track with a taste of the original song, giving it a highly contemporary vibe. On top of that, the interaction between Baby E’s invigorating vocal lines and the deep house rhythms they drop in to keep the energy flowing as if there’s no tomorrow.

B-Case and Robin Schulz are on a roll here. Versatile as they are, ‘Can’t Buy Love’ perfectly wraps up what the two artists are capable of. Whether it’s the mix of genres, transforming Baby E’s original song into something completely different, the subtle sound effects, or the sweet melancholic vibes packed into a catchy dance tune, you’ll get it all in these 2.5 minutes of bliss.

“A few years ago, a musician friend showed me the American newcomer artist Baby E during a songwriting trip in Los Angeles. I was immediately fascinated by his voice and the extraordinary melodies. Since then, his music has been a permanent part of my Spotify playlist. The desire to work with Baby E was omnipresent, after I showed Robin the song ‘Trapper Of The Year’, he was as flashed as I was and we decided to work on a new version of the song. ‘Can’t Buy Love’ makes just extremely good mood by the fresh E guitar licks and has brought us mentally directly to the beach of Miami Beach. For me its like a dream come true, working on a song with Robin Schulz and releasing this one as a single together with him and Baby E. A great honor!” – B-Case

“Goosebumps from the very first time I heard this song! B-Case shared the song of Baby E and his first draft of the new version with me and I instantly wanted to work and jump on the track! I think the vibe of the production and combined with Baby Es vocals is something special! Happy to release „Cant Buy Love“ as my second single on my own imprint Mentalo Music!” – Robin Schulz