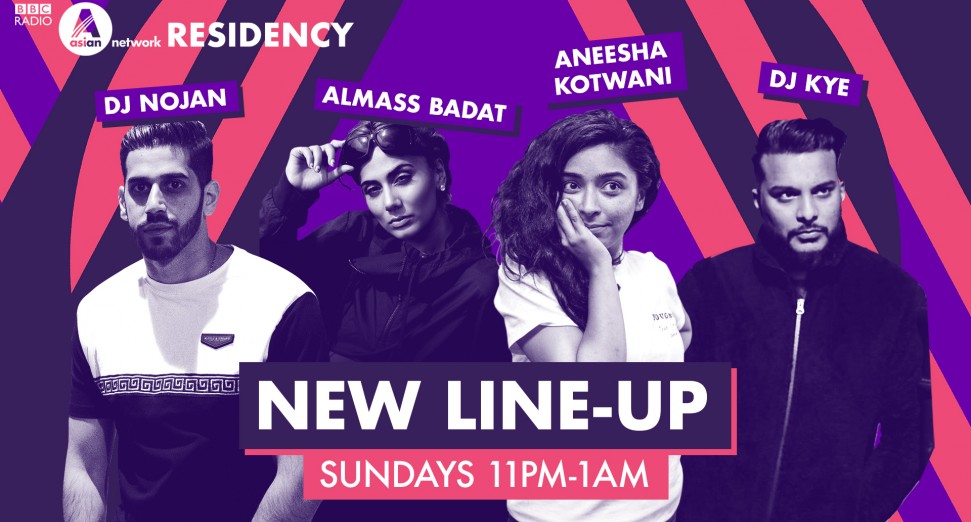 The station revealed its new line-up of residents on 22nd October, with DJ Kye, Almass Badat, DJ Nojan and Aneesha Kotwani locked to alternate weeks for the celebrated Sunday night slot. Every Sunday, from 11pm – 1am, the DJs will bring their distinct styles to the airwaves, with all four residents coming together for a joint show every five weeks.

DJ Kye kicked off the new series on 1st November, spinning “urban desi music, rap, hip-hop and different sounds from around the world”. You can listen back to the show here.

Up next is Almass Badat, a London-born, Zambia-raised DJ  with Indian roots, who co-hosts the What Is This Behaviour? podcast and is a visible member of the Muslim Queer community. Badat will be playing sounds from a range of genres, from “future beats to Bhangra, Indo-electro, Grime, hip-hop, Afrobeats and so much more”.

Glasgow’s DJ Nojan will bring “the freshest Middle Eastern music with the best of Desi Asian, RB and hip-hop from around the globe”. Aneesha Kotwani, who founded Indian electronic music company Wavlngth in 2013, will be striving to “put talent from my country on the global map”.

A new, 28-track collaborative project from The Jazz Diaries and aaj kal, ‘chalo’, shines a light on artists from South Asia and the diaspora. Hear Mumbai artist Nate08’s ‘Hold Up’ here.