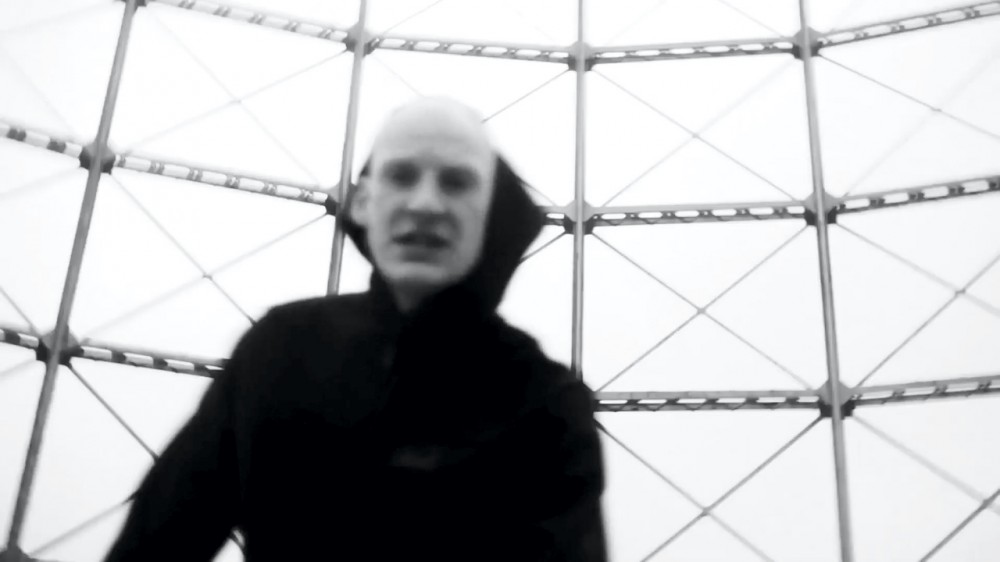 RawTape provides a striking visual shot on a tower in Manchester.

Choreographer, filmmaker and MC Blackhaine has teamed up with rising producer Rainy Miller for a new EP, Armour.

Pairing an uncompromising flow with elegant, atmospheric drill productions, the duo have collaborated on five tracks that together constitute “an opus to inner city environment, long nights, heavy mornings and lost months.”

RawTape provides a striking monochromatic visual for the first track to be released from the project, ‘Blackpool’, which was recorded during a time of upheaval and unrest for Blackhaine. “The early start of 2019 I was working at one of the train stations in Manchester”, he explains, “drinking heavily and not sleeping/having attacks due to the pharmaceutical drugs I was taking.”

“The project came about originally over the first lockdown”, says producer Rainy Miller. “Me and Tom have been speaking about working together for a long time, we both used to talk about the music we was making about 10 years ago when we went to the same college.”

‘Blackpool’ is out now. Armour arrives on November 27 via Rainy Miller’s new label, Fixed Abode. For more information about Blackhaine and his work you can follow him on Instagram.