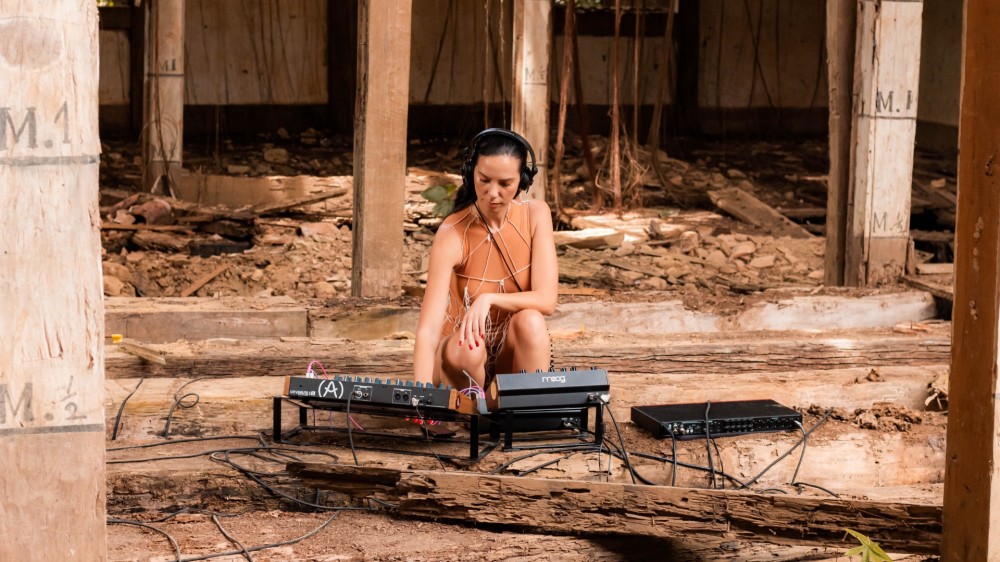 A short documentary exploring the practice of the Brazilian artist.

Chang Rodrigues is a Brazilian DJ and producer based in Juiz de Fora, Minas Gerais, whose music has explored a range of genres over the past decade, from house and techno under the name Amanda Chang to experimental electronics under her current alias.

As Chang Rodrigues’ style has evolved, so has her artistic practice, which has seen her begin to incorporate modular and semi-modular synthesisers and analog gear into her workflow with skills learned at the La Siesta del Fauno studio from veteran synthesist Ernesto Romeo in Buenos Aires.

Chang Rodrigues’ artistic philosophy isn’t just focused on the technical aspect of synthesis, but a spiritual outlook that combines her love of yoga with a close connection to the natural surroundings of her home country. In this video, she explains how this dialogue with nature and the way in which ruins connect the past to the present has inspired the latest evolution of her sound.

Follow Chang Rodrigues on Instagram and find more of her music and mixes at SoundCloud. You can also watch a full live set on August 12 at her YouTube channel.