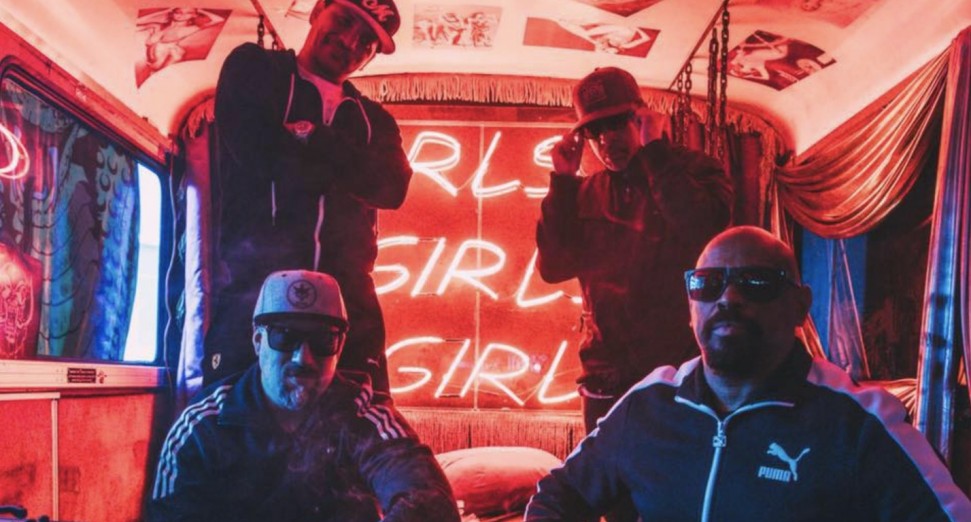 Cypress Hill will celebrate the 30th anniversary of their debut album release with a new graphic novel.

Legendary American hip-hop group Cypress Hill — who have sold over 20 million albums worldwide — will mark the 30th anniverary of their debut, self-titled album in August this year, with the release of Cypress Hill: Tres Equis.

“XXX years ago, a trailblazing trio made music history blending East Coast hip-hop fundamentals with West Coast Chicano swagger to form a sound all their own,” a press release for the graphic novel reads. “Before they became icons, Louis and Senen were just a couple teenage cholos from around the way, trying to stay out of trouble–Until a series of chance encounters with both sides of the law changed their paths forever. Tres Equis guest-stars Officer O’Malley, Sister Maggie, and many other classic Cypress characters.” Written by Noah Callahan-Bever & Gabriel Alvarez, the book has also been illustrated by artists who have worked on the likes of Wolverine MAX, Taskmasker, Venom, Marvel and Star Trek

‘Cypress Hill’ was released in August 1991 and went double platinum in the U.S. with over 2 million units sold. It featured some of the group’s first singles, including ‘How I Could Just Kill A Man’ and ‘The Phuncky Feel One’

The 160-page paperback version of Cypress Hill: Tres Equis will be available in bookstores from August, with a deluxe hardcover edition, a limited super deluxe edition, an exclusive LP edition of the self-titled debut on green vinyl and special edition art prints available via Z2 comics.

In 2019, Cypress Hill founding producer, DJ Muggs, announced he would be selling his thousands-strong personal collection of records.