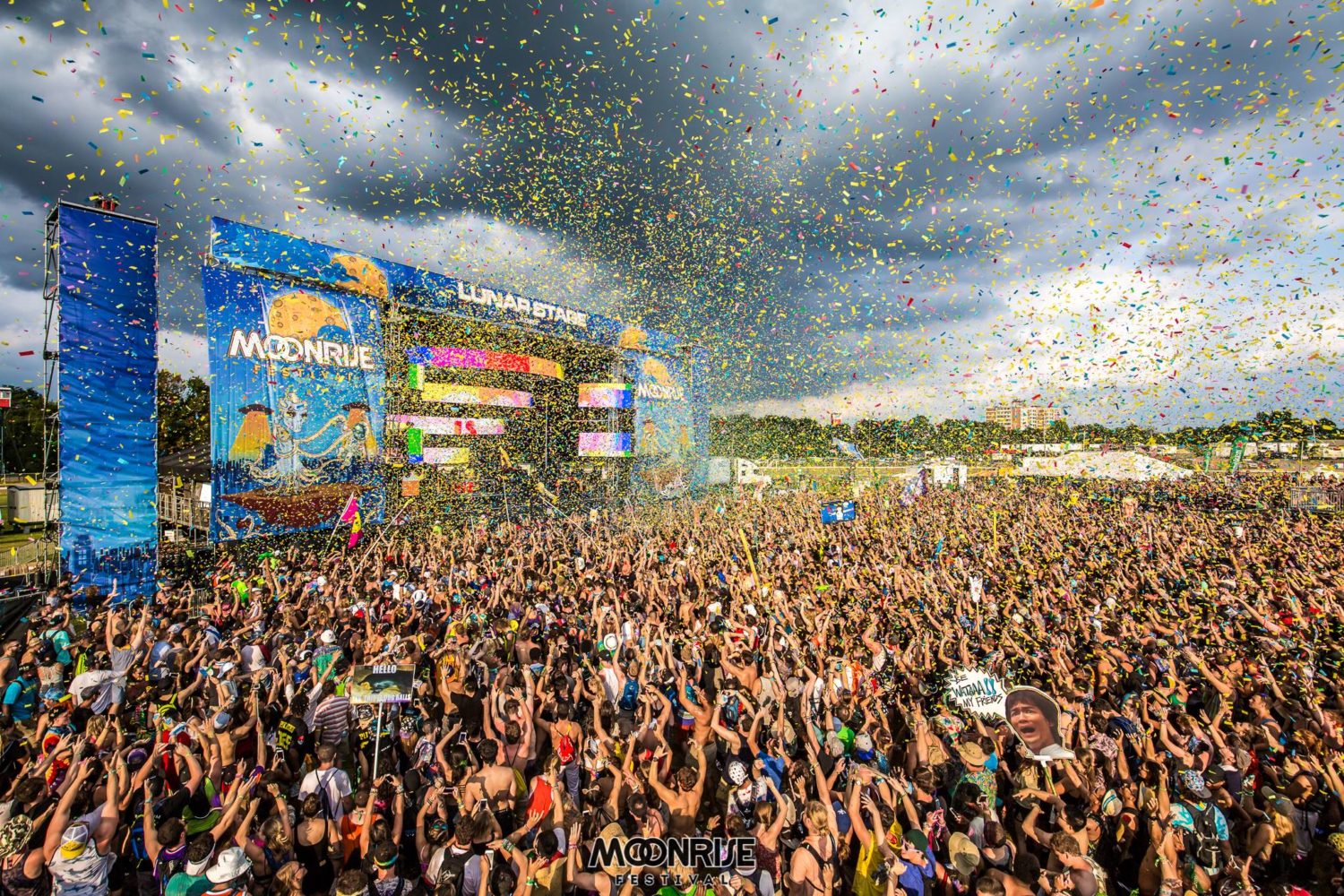 With Baltimore’s annual electronic affair, Moonrise Festival, rapidly approaching, Dancing Astronaut canvasses the event’s expansive lineup to highlight an array of acts that correspond with attendees’ musical preferences. Ranging from hip-hop heavyweights like 21 Savage to esteemed icons like dance music pioneer, Tiësto, Moonrise’s 2019 roster of talent is vast and spans multiple sub-genres. Although there is no limitation to the number of adept artists who top the festival’s lineup, Dancing Astronaut isolates a handful of producers to underscore why these eye-catching electronic entities warrant “must-see” status for Moonrise’s 2019 installment.

Through its consistent curation of bass artists over the years, Moonrise Festival has distinguished itself as one of the most bass-laden events of the East Coast festival circuit. To date, the key to the Baltimore mainstay’s bass-leaning lineups has been variety. As in past years of the festival’s production, Moonrise’s 2019 lineup intermingles renowned bass authorities who’ve proven themselves subwoofer-worthy with experimental producers on the rise.

Yellow Claw: With their 2013 single “DJ Turn It Up,” Yellow Claw meshed booming bass with a vigorous vocal overlay. The production matured to become an early electronic classic. It’s arguably one of the most readily recognizable trap tunes of the last decade. In the time since, Yellow Claw followed the seminal song with multiple hard-hitting albums, like 2017’s Los Amsterdam, 2018’s New Blood, and 2019’s Danger Days. Yellow Claw’s catalog is expansive and intense, and their contributions to the bass and trap landscape: storied. The OGs’ upcoming set rests atop the helm of the bass-centric artist agenda, whether it’s the Moonrise attendee’s first live introduction to Yellow Claw, or a welcomed reunion.

Respected in the Colorado bass music scene, Decadon has mustered considerable momentum in recent years. The producer’s fusion of rock and roll elements with bass line grit distinguished his live format from those of fellow bass taste makers, as his successive series of ear-shaking singles ensnared listeners in search of fiery arrangements. Those unfamiliar with Decadon’s sound will find “Get Me High” and “Inception” to be alluring introductions.

“I feel like I haven’t released enough music in 2018 and I’m about to change that,” Habstrakt tweeted as 2018 wound to its inevitable close. True to his word, the French bass authority has released six singles since, his most recent being “Lasagne,” produced alongside Bellecour. However, “Lasagne” only scratches the surface of Habstrakt’s riotous release activity of late. Preceding singles like “Control” and “De la street” exhibit Habstrakt’s rugged approach to bass house style. For a bass-burgeoning showing sure to shut down the Moonrise scene, stop by Habstrakt’s set.

You’ve got an affinity for the underground

i_o: Known for his irreverent, tongue-in-cheek online persona mau5trap resident i_o has steadily amassed an audacious following through his release of entrancing techno productions that command a distinctive presence in their characteristically dark tones, pulsating bass lines, and generally hypnotic frameworks. Offering an intoxicating whirlwind of vocal loops and beats, i_o’s catalog will undoubtedly lend itself to a stimulating live experience.

Nora En Pure: Deep house and indie dance aesthetics intermingle with polished precision when Nora En Pure takes the decks. A melodic songstress, the South African phenom smoothly crafts live sensory experiences that invite attendees to delve into deeper house territory alongside the renowned producer. Nora En Pure’s catalog conveys her seemingly magnetic gravitation downwards to the lower boundaries of house music. It is with unparalleled finesse that the Don’t Look Back producer lifts her listeners from these deeper house stylings, to provide contrast in the form of airy, mellow sonic constructs that showcase Nora En Pure’s versatility, and the effortlessness with which she seamlessly bridges the ‘dark’ and ‘light’ tonalities of her music. Dulcet and fluid in the way that it unfurls, a Nora En Pure set is a Moonrise must see.

Justin Martin: A central figure of the Dirtybird Collective, Justin Martin boasts a bubbly brand of house music that merges Martin’s own musical idiosyncrasies with the glitchy, unusual effects specific to Dirtybird productions. Along with Martin’s status as a storied producer comes his acute ability to both read a crowd and galvanize it to dance, leading Martin’s sets to feel distinctly immersive. Martin captivates attendees gathered at his sets with his high-spirited style behind the decks and with his infectious energy. Innovative–and often delightfully wonky–beats animate Martin’s speakers, ensuring that there’s never a dull moment when Martin takes the stage. Come for the music, and stay for the welcoming character of Martin and his assembled following.

Cheat Codes: While nothing in life may be certain, odds are the production in question will emanate some serious mainstream appeal if it bears the Cheat Codes stamp. The electronic trio, comprised of Kevin Ford, Trevor Dahl, and Matthew Russell, have shown their fingers to be planted ever so firmly–and consistently–on the pulse of dynamic dance sound in their series of standalone singles, all of which collaboratively underscore the group’s sonic versatility. While Cheat Codes’ Afrojack feature, “Ferrari,” took the triple-threat entity into trap territory, the Demi Lovato-assisted “No Promises” flaunted Cheat Codes’ acute ear for a smoothly constructed pop-electronic hybrid well-suited for radio play. Attendees seeking boundless live energy and ample opportunity to sing along to catalog staples ought not to pass up their chance to see the three-man outfit live.

Gryffin: Intermixing live instrumentation in DJ sets is an approach that has gathered momentum in the dance context, and Gryffin is one producer who excels at the all-encompassing approach. The classically trained musician has been known to incorporate guitar and piano into his performances, while remaining consistent with the dance format. With an array of wall-to-wall hits under his belt such as “Feel Good,” “Tie Me Down,” and “All You Need To Know,” Gryffin offers Moonrise attendees the quintessential live electronic experience.

Moonrise Festival will return to Baltimore’s Pimlico Race Track from August 10-11. Passes to the festival are available for purchase, here.