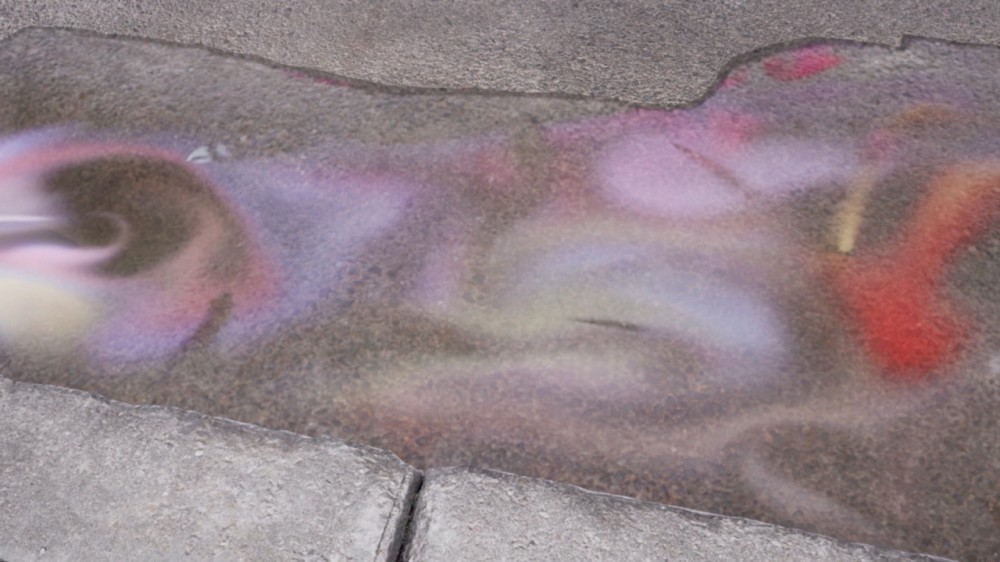 Ezra Miller and DJ Python turn their attention to the quiet and accidental beauty of urban life.

Stepping out of the euphoric imagined club environment he sought to escape to in the first instalment of his Fact Residency, Ezra Miller pauses in the cold light of the morning after to turn his attention to the quiet and accidental beauty of the urban environment that surrounds him with Gutter.

“I wanted to create an ambient video piece inspired by the kinds of puddles I see when walking near my studio when it rains” he explains. “I always end up staring at the patterns formed by the chemicals left in the gutter by cars or factories and filming them.”

Linking up with his friend and collaborator Brian Piñeyro, also known as DJ Python, Miller transfigures the technicolor light reflected from the gossamer film that oil forms atop water into swirling, meditative formations that move in time to the sounds of the street and a mournful electronic composition created specifically for the piece by the two artists.

“I’ve been collecting images of these puddles for a few years now” continues Miller, “some of which I used as input for the colours in the fluid simulation I created for the video. Brian and I worked on a textural, ambient soundscape to accompany it, and it’s meant to be contemplative and sad but also peaceful. It’s a subject I’m planning to keep exploring.”

The collaboration follows the album-length visualiser that Miller created earlier this year to accompany the release of Piñeyro’s stunning album Mas Amable, one of our very favourite albums of the year so far. Mas Amable is out now. For more information about DJ Python and his music, you can follow him on Instagram.