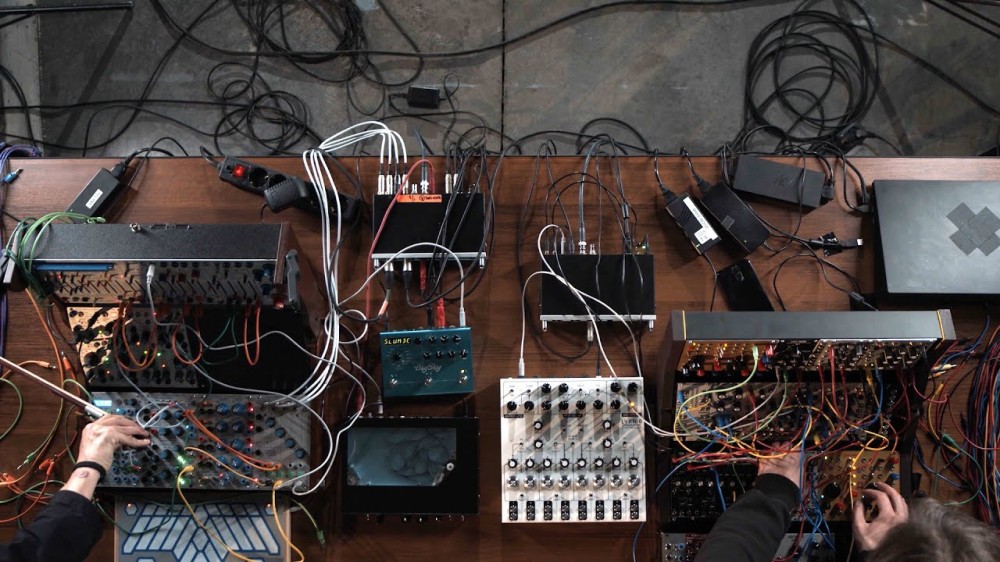 This year, we explored the work of artists making music with modular synthesisers and hardware through our new series, Patch Notes.

Every week, we turn the spotlight on a different artist from across the world whose process involves hardware synths, modular rigs, patch cables, samplers and effects units, inviting them to record their own live performance.

With the COVID-19 pandemic putting the majority of live performances on hold, these performances – most of them filmed at home – have offered an intimate look at the practice of artists in lockdown.

We’ve picked out a few of our favourite performances from across the year, from simmering ambient sessions to raucous techno live jams via hip-hop, synth pop and experimental soundscapes.

To watch all episodes of Patch Notes from 2020, check the series archive.

JakoJako is a Berlin-based techno artist who primarily performs live and uses modular synthesis extensively in her music. In this video, she records an emotive techno set from her home studio, using a compact Eurorack system with Elektron’s Octatrack and Analog Rytm.

In an episode filmed by Fact at 180 The Strand, Factory Floor’s Nik Void performed a propulsive solo modular live set with visuals by Nika Milano. “The use of extended technique is an invitation to focus and using a modular synth inhabits much the same headspace. Sometimes you are in control, other times the unexpected happens and if it sounds good, you go with it.”

Colombian artist Ela Minus, who released her debut album Acts of Rebellion on Domino Records earlier this year, filmed an experimental set for Patch Notes at her studio in Bogotá.

In our second Patch Notes filmed at 180 The Strand, The Death of Rave artist Cam Deas performs a hybrid modular set, with live visuals from audiovisual artist Ben Moon.

King Britt films an episode of Patch Notes from his sound laboratory in California, making use of classic and contemporary hardware like the Roland SH-101 and Moog Mother-32. “This video was a bit of a fun look into my process of creating my radio Transmissions radio show on NTS,” Britt says.

French sound designer Hélène Vogelsinger records a set inside an abandoned chateau in the middle of an industrial zone. Exploring derelict buildings is central to her practice:  “I love the fact that they have layers of stories and histories, with different occupants, often crossing times, and always full of beautiful and melancholic poetry.”

The Bristol-based artist and synth engineer performs live with an array of vintage and analog gear, including an ARP 2600, crafting a set of ’80s-leaning synth pop with vocals.

Veteran hip-hop producer The Twilite Tone presents an impromptu practice performance, bobbing and weaving through three of his creations with his equipment of choice, featuring an Akai MPC 2000XL at the heart of his setup.