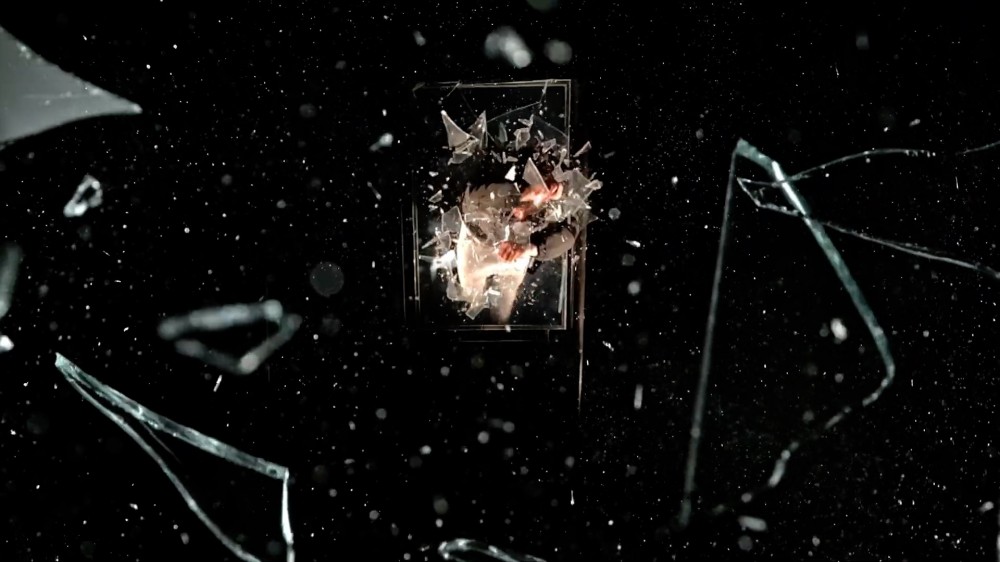 Co-commissioned by Fact, the dizzying work features as part of the 2021 edition of contemporary art festival Art Night, curated by Helen Nisbet.

In the first of a series of co-commissions from Art Night and Fact, Mark Leckey whips up a dazzling invocation to a contemporary suburban mythos with To the Old World (Thank You for the Use of Your Body), an urgent prayer to broken glass and haunted concrete. Developed out of a short video released alongside In This Lingering Twilight Sparkle, the astonishing audio collage mixtape Leckey created for Boomkat’s Documenting Sound tape series using a harddrive of material left over from his 2019 installation at Tate Britain, O’ Magic Power Of Bleakness, To the Old World is another dispatch from the same mystical place. Transfiguring found footage of a young man smashing through a bus stop into an auspicious omen of transition and transformation, the artist enacts a supernatural shattering of the mundane surface of contemporary life. “There is a line from the song ‘I Love The Sound Of Breaking Glass’ by Nick Lowe that goes: “I love the sound of breaking glass. Deep into the night. I love the sound of its condition,” explains Leckey. “And he’s in that condition and I’m in that condition, whatever that condition is. I guess I was trying to describe what it might be.”

“It’s this miraculous moment – this small incident posted on Street Blogs UK and other social media – when this lad manages to break through the glass window of a bus stop,” he continues. “For me that clip, that loop, took on this significance when this much greater preternatural event occurred. It’s a screen, it’s a portal and he is trying to port from here to there, to somewhere else.” The space between here and there, the somewhere else, is familiar terrain for Leckey. In the liner notes for The Lingering Twilight Sparkle he describes trying to find sounds that evoke “Childhood and Consumerism”, “Fairies and Trauma”, and “Hauntings and Concrete”, oscillating between the old and the new, between history and myth. It’s also evocative of the faerie realm alluded to in O’ Magic Power Of Bleakness, an “autobiographical allegory” that draws from his own experiences with suburban British life.

In that work an adolescent protagonist dreams of escape from his surroundings and is unable to resist the magical pull of an enchanted motorway bridge that spans the M53 on the Wirral, Merseyside, a full-scale replica of which served as the centrepiece of the 2019 installation. A chorus of scouse boys relate tall tales as our protagonist is spirited away with the fairies, before returning home to reckon with the confusion of his sudden departure. In To the Old World (Thank You for the Use of Your Body) the way out is made material in the glass of a bus stop window, as well as the glass of your iPhone screen. These interconnected spaces interface as a liminal stage upon which Leckey shatters the creeping myth of the mundane, brushing away the broken glass to expose whatever lies beneath. Amidst seismic 808s, glittering synthesis, text notifications, blown raspberries and guttural moans Leckey transfigures the voices of mischievous onlookers into an ensemble choir belting an ecstatic exhortation to transition. “Oh my Jesus Christ!” they cry. “Oh my God, you did it!”

“I just re-read Colson Whitehead’s Zone One,” says Leckey, “and he has this quote at the end: ‘Best to let the broken glass be broken glass, let it splinter into smaller pieces and dust and scatter. Let the cracks between things widen until they are no longer cracks but the new places for things. That was where they were now. The world wasn’t ending: it had ended and now they were in the new place. They could not recognize it because they had never seen it before.’” If Leckey wanted The Lingering Twilight Sparkle “to sound like someone totally lost and confused with the ongoing mystification of reality,” or to conjure “an actuality where a Great Worm could reasonably appear on my news feed app as the Moon turns to Iron,” then To the Old World (Thank You for the Use of Your Body) signals the breaking of the ceremonial black mirror and the revelation of a passage through the spellbound artifice of now.