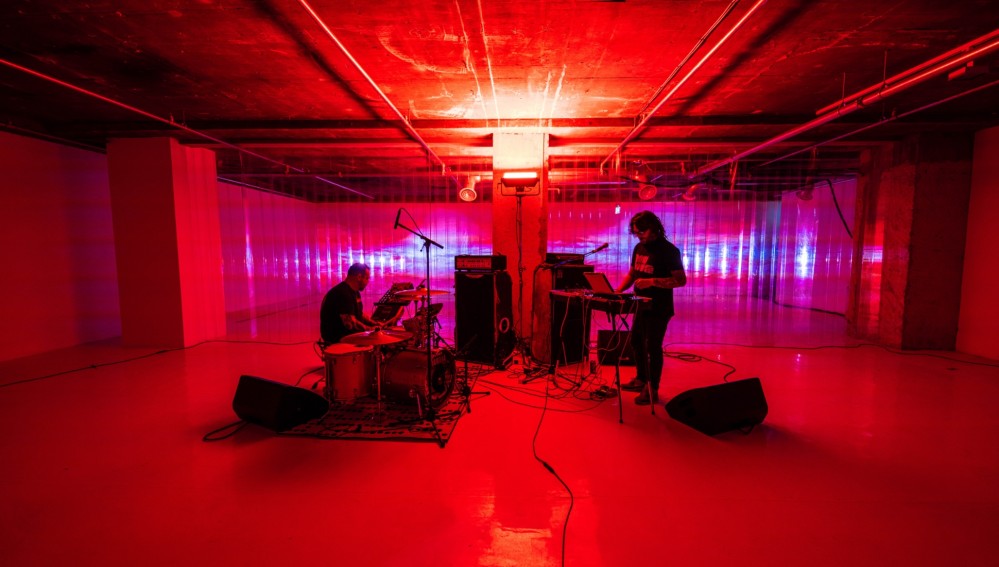 For the latest in our series of live sessions filmed at 180 The Strand, we invited duo Petbrick to perform a set of noise and metal-influenced electronics. A collaborative project between Big Lad’s Wayne Adams and Iggor Cavalera of Sepultura and Mixhell, Petbrick upend the conventions of metal and hardcore to create what they call “horrible noises”.

“Usually, I and Wayne get together in the studio (fuelled by lots of coffee) and we lay our ideas on synths, and we add live drums to it,” Cavalera says of the duo’s process. “We keep going back and forth, chopping the drums and synths until they become actual tunes.”

Petbrick’s 30-minute performance offers a taste of the duo’s touring set, as well as two tracks never before played live from their Deafbrick collaboration with Brazilian acid punks Deafkids, as well a guest vocal from Paranoid London’s Mutado Pintado on the track ‘Gringolicker’. Visuals are by Cavalera’s partner Laima Leyton.

The duo make use of a range of electronic and acoustic gear in their performances, with drummer Cavalera using Yamaha drums and Zildjian cymbals with a PsyCO X Syncussion unit, Roland SPD-SX sampler and KNAS spring reverb. Adams uses an Arturia MicroBrute synth with an EarthQuaker Devices Disaster Transport delay and an Abominable Throne Torcher distortion. He also runs Ableton Live and puts everything through two 810 bass amp rigs “for pure heft”.

Laima Leyton’s visuals provide a suitably psychedelic backdrop of filmed footage and saturated colour. “The idea is that every track we played had some kind of a short movie,” Cavalera says.

Petbrick’s latest release, which was issued in October through Rocket Recordings, is a cassette and digital EP called Pet Sounds Vol. 1. It’s the first of a series that sees the duo experiment with different sounds and engage in unique collaborations, starting with LG Petrov, frontman for Swedish death metal band Entombed. You can find the rest of Petbrick’s catalogue on Bandcamp.