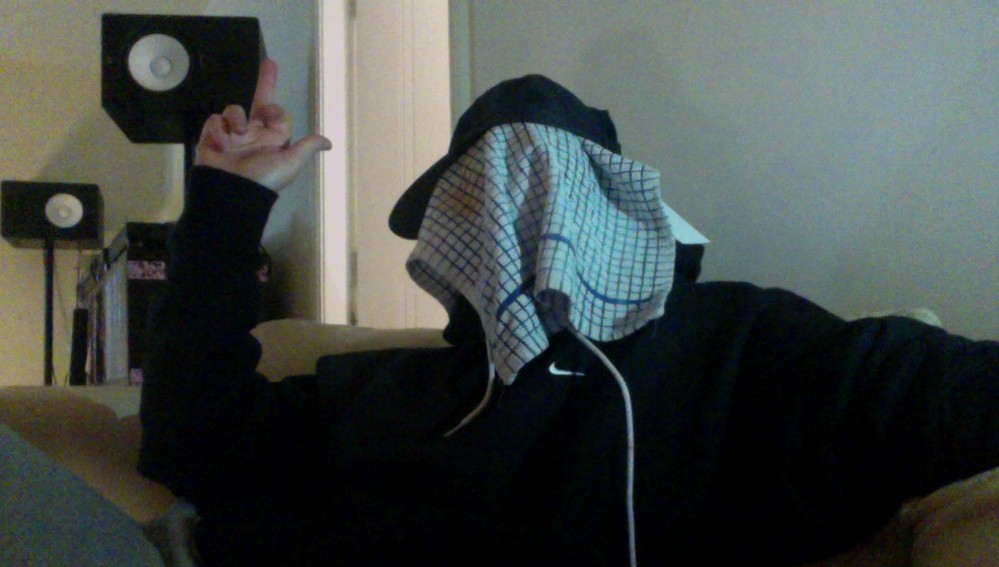 Yet more proof that Tom Boogizm is one of the very best to ever do it.

Over the last year and a half Tom Boogizm has been on a phenomenal run. Already legendary throughout Greater Manchester and beyond, the Wigan musician, producer and DJ has cemented his reputation as an uncompromising force for good, operating in the shadows while eschewing promotional pomp and cringing fanfare for a singular sonic palette that is as wide-ranging as it is unmistakable. From a string of essential tapes, each of which garners cult status almost as soon as it’s dropped, for his label $hotta Tapes, to four groundbreaking collaborations with the mysterious Michael J. Blood, with whom he recently launched a new label, BodyTronixxx, to the shape-shifting, heart-breaking, soul-searching music he makes as Rat Heart, Boogizm has been extremely busy building a body of work that continues to give us genuine hope in the face of the never-ending headache that has been the last 16 months.

He’s also proof, alongside Anz, Finn, Florentino, Space Afrika, Henzo, Sockethead, FUMU, Blackhaine, Rainy Miller and countless others that, across both genre and discipline, Manchester is unquestionably the most thrilling stronghold in the UK music scene, stretching across a dizzying variety of styles and moods in a way that is perfectly encapsulated by Boogizm’s Fact mix. Moving between squalls of ferocious energy, pockets of high-pressure humidity and passages of brightness, Boogizm’s selections are as changeable and unpredictable as freak weather. Easing us in with k-hole chug, low-holstered funk and choice experimental cuts from Peter Becker, Hector Zazou and Indonesian producer Marsesura, Boogizm proceeds to rattle through back-to-back sequences of sheer brilliance – yet more evidence that the selector is one of the very best to ever do it.

Stephane Laporte’s sun-bleached footwork reels into the head-spinning backwards new wave of pivotal ’70s collective Din-A-Testblid; Cienfuegos’ steamy, doom-laden ‘Puro Veneno’ is stretched into El Shick and Big K’s fiendish dembow anthem ‘Pa Prendelo’; the ecstatic bounce of Carlos C Ward’s ‘A New Way’ builds to a premature climax, before Boogizm brings us back down to the dirt by dragging ’80s Spanish synth wave through the ear-cavity drilling, quick-pan nightmare of Muslimgauze’s ‘Yousif Water Pipe Habit’ and the devastating outsider pop of j. b. glazer; and that’s all in the first 30 minutes.

With his sights trained squarely on raves of all shapes and sizes, Boogizm lollops between skewered grime, ice-cold club mutations and shamanic minimalism, taking a quick detour for a soundsystem-shredding ‘Dry Bread Riddim’ showcase, before FUMU’s stunning ‘Sirens’ signals a relentless sprint to the finish, a seething blitz through ragged techno, electro, industrial and jungle, chewing us up and spitting us out into an inexplicably smooth dance party, hosted by Gangsta Boo and Funkadelic. In short, it’s a wild, wild ride, as well as the most we’ve wanted to be in a nightclub all year.

Catch Tom Boogizm at the $hotta Rave, which takes place at Salford’s finest, The White Hotel, on July 24, where he will be playing all night long. Look out for the eagerly-anticipated debut album from Rat Heart, as well as a slew of other projects and many more collaborations with Michael J. Blood for their new label, BodyTronixxx. You can find Tom Boogizm on Instagram and SoundCloud, tune into his NTS show and check out the $hotta Tapes Bandcamp.