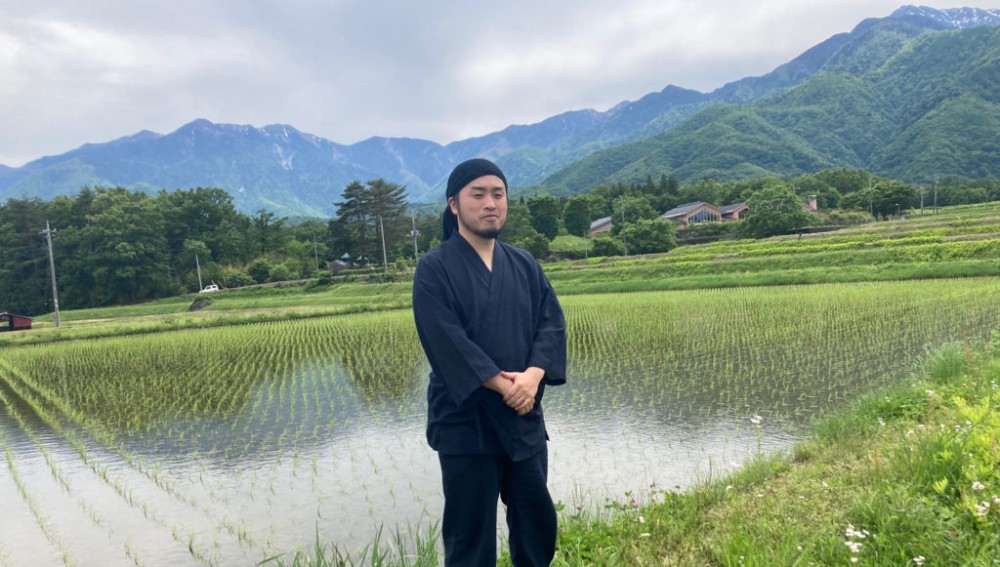 through a giddy variety of tempos and rhythms that soundtrack his unique approach to the world.

For an artist who has found so much freedom in the frenetic rhythms of footwork and juke over his musical career, Takahide Higuchi, aka 食品まつり, or Foodman, continually draws a surprising amount of inspiration from the tranquil, placid and peaceful moments of his life. For his Against The Clock session, filmed back in 2019, Higuchi took us to a sauna to invent a steamy new sub-genre. The title of his beautiful new album, Yasuragi Land, can be translated as “tranquility land”, and sees the producer exploring themes of relaxation, pleasure and a profound and abiding love of food, a passion reflected by the hyperreal bento box that serves as the album’s cover. While these influences might sound like the ingredients for an ambient masterpiece, Foodman’s sound zips between experimental electronics, free jazz, trap, techno and footwork, which remains a cornerstone in all of his productions. It’s from this singular flavour of cognitive dissonance that Foodman can present a mix as bananas as this one, yet describe it, simply, as “about nature in everyday life.”

While the puckish marimba of percussionist, composer and one-man-band act Bobby Christian’s ‘Doll Dance’, the whiplash-inducing drum programming of producer

5ifty$ixK’s ‘Nice Rhodes Mix’ and the soundtrack from Return to PoPoLoCrois: A Story of Seasons Fairytale, a 2015 farming simulation role-playing game for the Nintendo 3DS, might not be the sounds you most associate with the natural world, remember, this is a description from a producer who once opined, “I like to imagine that if Stonehenge was a song, it would sound like footwork.” Ricocheting between different experimental styles, including music from New York multi-instrumentalist Afrikan Sciences, Chicago ambient artist M. Sage and legendary iconoclast composer Moondog, as well a slew of old and new Foodman productions, Higuchi moves through a giddy variety of tempos and rhythms that soundtrack his unique approach to the world.

In a sense, Foodman’s Fact mix serves as cacophonous counterpoint to the refined, fizzy polyrhythms of Yasuragi Land, which is, in part, a sonic diary of his daily distractions during the pandemic in his home of Nagoya. Eschewing bass for a handful of fundamental tools: guitar, samples, minimal percussion, on that album Higuchi finds the complexity in a deliberately simple sonic palette to reflect on the great joy he derives from simple things, like visits to local sento (Japanese public baths), or rest stops at michinoeki (Japanese motorway service stations). Here, Higuchi delves deeper into the messier realities of life under lockdown, documenting restless nights digging for new sounds, endless hours spent playing Katamari Damacy and quiet moments spent with music that allows you to escape the turmoil of the everyday and experience life at a different rhythm.

Yasuragi Land is out now, on Hyperdub. You can find Foodman on Instagram.