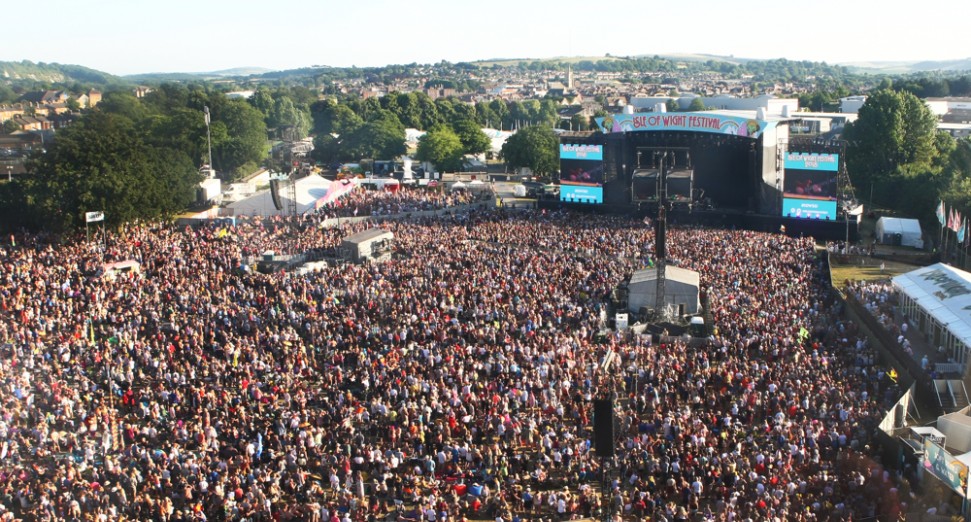 Isle Of Wight Festival boss John Giddings has shared tentative plans for the UK music and events industry to assist with the rollout of the coronavirus vaccine.

Taking to Twitter earlier this week, Giddings suggested that the UK Government should put the skills of the thousands of event and live crew unable to work at present to use in helping to coordinate and administer the vaccination programme. He also suggested that the many music venues across the UK that are currently unable to open their doors due to coronavirus restrictions could be used similarly in helping to speed up the rollout of the vaccine amid an increasingly deadly third wave of the virus.

“Dear Boris Johnson,” Giddings wrote on Twitter. “We are the music business – we have thousands of skilled people capable of running events and empty theatres/clubs/arena. Give us the vaccines and we will work 24 hours a day to sort it?”

Speaking in more detail about his idea to NME, Giddings said: “I was lying in bed last night thinking: ‘Fuck all of this for a game of soldiers – why don’t I do something as opposed to waiting for people to tell me what to do?’ I sent out a tweet saying that I’ve got thousands of people who know what they’re doing and hundreds of empty venues and it’s created a snowstorm.”

He continued: “We’re all sitting here moving tours left, right and centre, employing people for a year without any income, and everything I’m reading gives me less and less confidence in this vaccine being rolled out in time to make things happen. It’s a very selfish thing – I want to make the Isle Of Wight Festival happen. The only way it will happen is if we get enough people vaccinated and we’re capable of doing a test very quickly.”

Giddings added that he believed it’s only by casting the net as widely as possible in dealing with the rollout of the vaccine, that the coronavirus can be defeated in the UK sooner rather than later.

“All these people know what they’re doing, they’ve worked with large crowds in venues hundreds of times before,” Giddings told NME. “With all due respect to the British Army, they don’t know the inside track on The O2 or Hammersmith Apollo. I don’t want to vaccinate people, I just want to set it up for people to be vaccinated easily over a 24-hour period. Why can’t we do that?”

Asked if he’d been seriously pushing this idea with those in power, Giddings told NME: “I’ve already had a call. I can’t go into details. Getting a call and something happening are two different things, but I’ve had interest already. We are at war with an invisible enemy. Why doesn’t anyone take it more seriously?”

Jeremy Joseph, owner of London’s G-A-Y and Heaven venues, took to Twitter to share his support for the idea, writing: “G-A-Y & Heaven have already offered all its venues to Westminster City Council. Heaven dance floor [has] already been split into social distancing booths, when [we] made our venues COVID safe. We have for over 10 years worked with NHS to do HIV Testing, so we are ready to go.”

Calls for the vaccine to be rolled out as quickly as possible have come alongside news that a number of summer festivals remain in doubt for 2021, due to the uncertainty of the months ahead. Emily Eavis recently said that Glastonbury was “a long way” from being able to confirm if it will go ahead this summer.

Stocks in live music soared late last year following a breakthrough in discovering a vaccine for COVID-19 in November.