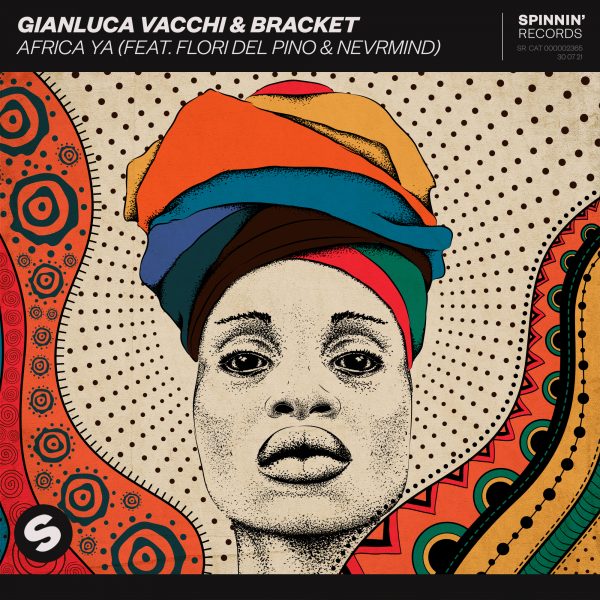 Gianluca Vacchi delivers the musical pick-me-up of the summer with a tropical remake of Bracket’s global hit ‘Mama Africa’. The original song was an instant hit when it came out in 2014 and landed #1 on various music charts both in Italy and Spain while peaking in the top 20 across various Latin American, African, and Eastern European countries. Amassing over 75 million views on YouTube alone, globally renowned DJ/producer Gianluca Vacchi decided to bring back the hit with an exuberant rework.

Working with Bracket allowed Gianluca to stay true to the original, complimenting the African influences with his signature levitating sounds. With a more upbeat tempo, additional clapping drums, and groovy accents, the Italian producer creates a smooth summer ambiance that lifts the original track to a lighter version which is guaranteed to bring everyone on their feet.

“I immediately fell in love with the song when it came out and always wanted to make my own version of it. It’s amazing that I got the opportunity to make an international track, mixing different languages to represent the union of the world through music. I really like the African vibes and it was an honor to work with Bracket on the remake of their own song seven years later and to collaborate with my friends NEVRMIND and Flori Del Pino,” – Gianluca Vacchi

“I remember when Gianluca reached out to me for this collaboration, I was immediately down and all I can say is that it is a huge honor to be part of the remake of such a legendary song!’‘ – Flori Del Pino.

With an impressive collaboration catalogue and support from the industry’s biggest names, NEVRMIND brings his sleek tones to the track. On the track, NEVRMIND says, “I am so excited to be a part of such a world love record. In the light of what’s going on in my country Haiti, there’s no better time to spread love than now. This ones for you, ayiti chérie.”

A similar message of love and unity was shared by the original track’s artists, Bracket, “Let love lead no matter where you come from, the colour of your skin, your culture, or religion. Love will always unite nations together, let love lead!”