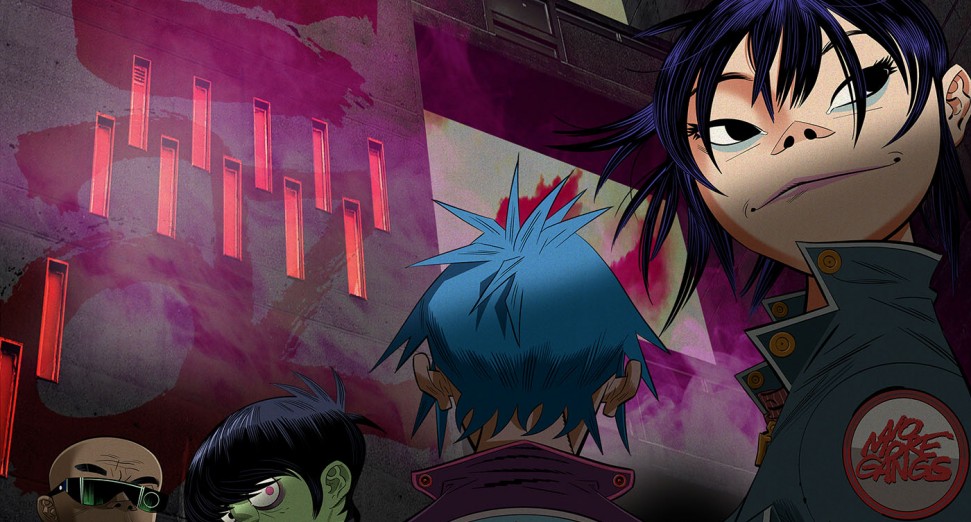 Gorillaz have dropped a new EP, ‘Meanwhile’. Stream the three-track release below.

The new EP from Damon Albarn and Jamie Hewlett’s animated troupe is intended as a celebration of Carnival culture in West London, and features collaborations with AJ Tracey, Jelani Blackman, Barrington Levy and Alicaì Harley. This weekend should have seen thousands take to the streets of Notting Hill for the annual Carnival, but the event was sadly cancelled for the second year in a row due to ongoing coronavirus concerns.

Carnival holds a special place in Gorillaz history, with the band having performed their breakthrough hit ‘Clint Eastwood’ at the event in 2000 with the Middle Row Records soundsystem in Meanwhile Gardens, W10 alongside Sweetie Irie.

Gorillaz teased the tracks from ‘Meanwhile’ at their free concert for NHS workers at the O2 Arena earlier this month, with the band being joined live on stage by AJ Tracey, Jelani Blackman and Alicaì Harley for the title track, ‘Jimmy Jimmy’ and ‘Déjà Vu’.

Listen to ‘Meanwhile’ below.

Read our recent 20th anniversary feature about how Gorillaz’ self-titled debut ushered in a new era of pop music here.