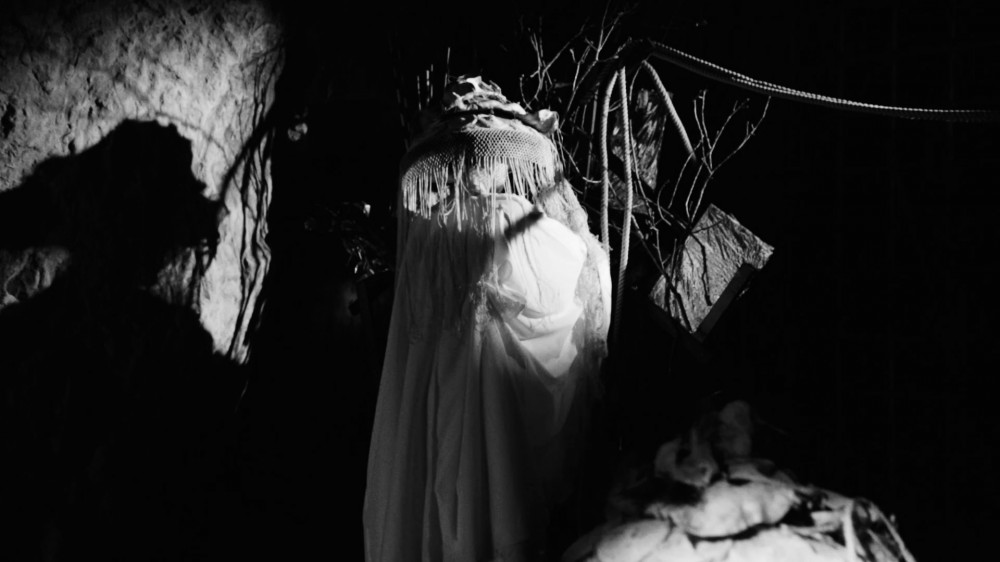 Old Japanese customs and Shinto inspire this never-before-seen video to mark the vinyl edition of their 2013 debut.

group A reach into their archives for an unseen video from the start of their career, originally directed by Rus Brockman in 2013 to mark the release of their first full length studio album, Initiation.

“We were aiming to make an album that introduces the world of group A,” says group A’s Tommi Tokyo. “I was in my second grade of graphic design course and was finding lots of inspirations in history class where I learned about old Japanese customs and Shinto. Belief, folklore and symbolism about stones, wood and paper.”

“Everyday I would go straight to the studio after the class and tell Sayaka everything I learned that day, have a beer and then jam for hours. That’s how this album was created. We imagined ourselves to be living in this imaginary cave where we create rituals all day long.”

The video was filmed inside an ancient ruin of horizontal stone chambers outside Tokyo in the winter of 2013. Brockman experimented with analog techniques including crystals, fractured glass and directed lighting to create a liminal magical feeling, capturing the duo chanting and making rituals in costumes by artist Yudai Ichinosawa.

Although filming continued in a studio in Tokyo later, the video remained unfinished as their “hidden gem” for many years. However, group A saw this month’s release of the vinyl reissue of Initiation as a chance to finally complete the video.

Initiation is available now on vinyl from group A’s Bandcamp.