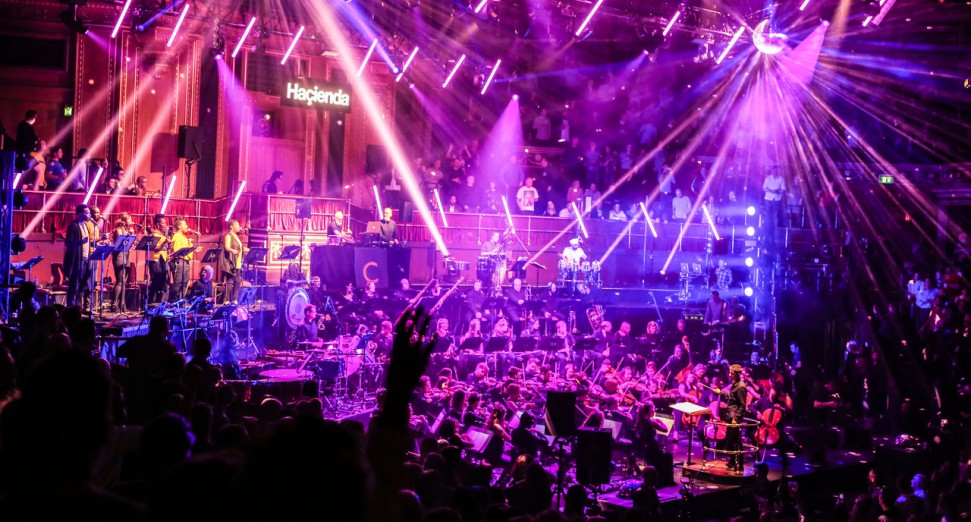 The 40th anniversary of the opening of Manchester’s legendary Haçienda club will be marked in 2022 with a pair of special Haçienda Classical shows.

The shows will see a number of classic tracks played at the club while it was open from 1982 until 1997 recreated live by a group made up of Haçienda DJ Graeme Park, the Manchester Camerata Orchestra, musical director Tim Crooks, and various guests.

At London’s Royal Albert Hall on 13th May, K-Klass will also guest with a live set, while DJ Paulette will play a DJ set. On 8th July, the anniversary celebrations move to Castlefield Bowl in Manchester, where there will be support from Soul II Soul playing live, plus DJ Paulette, Peter Hook and Tom Wainwright all playing DJ sets.

“It’s amazing for myself and Haçienda Classical to be back at Castlefield Bowl for our sixth show and also our fifth appearance at Royal Albert Hall,” said Graeme Park in a statement. “It’s astonishing what we’ve all achieved since 2016 and I’m really proud of everyone who’s taken part. To see it going from strength to strength makes all us very proud.”

Tickets for both shows are on sale now here.

The Haçienda’s visual history was celebrated in a photobook earlier this year, while the club was recreated in VR last year.