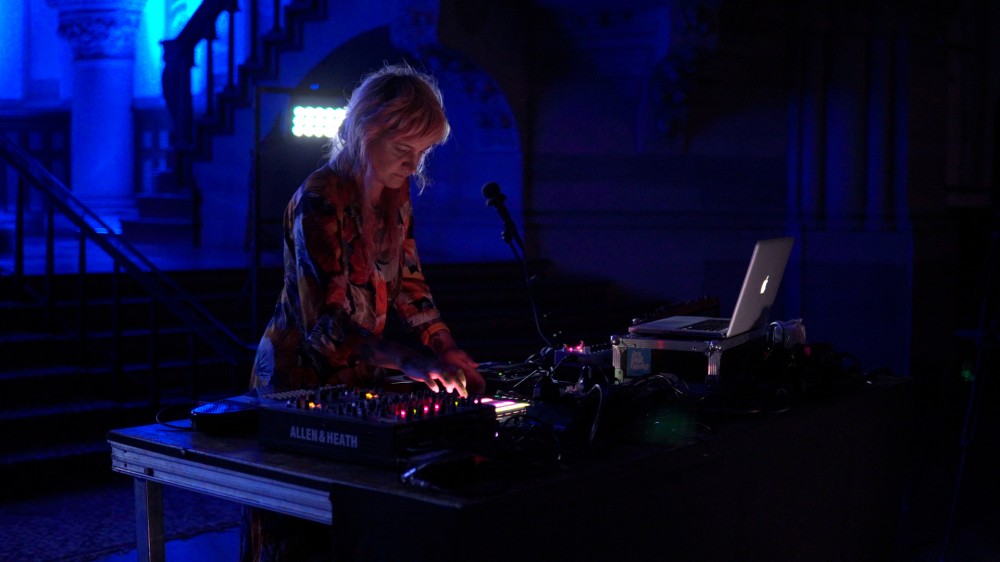 An ambient session filmed in Malmö’s St. John’s Church, which kicks off our coverage of the Swedish experimental festival.

Malmö’s Intonal Festival has been one of Sweden’s most adventurous electronic music festivals since its first edition was held in 2015, offering an international programme of experimental artists alongside names from the country’s own rich pool of innovative artists. Run by the team behind the intimate Inkonst venue, the festival typically combines club nights with one-off experimental performances in stunning locations across the city.

Last year, the pandemic forced Inkonst to cancel Intonal’s 2020 edition, but the event returned this month for a physical edition under local restrictions, allowing the festival to hold events with just a few attendees per show. “The point of a festival is to share experiences and emotions with friends and strangers alike; to form new bonds and memories with people that you never met before; to collectively partake in the making of something sublime,” the festival’s team writes. “This cannot be re-created digitally. Not in any form.”

Despite the festival being able to go ahead, the audience cap and quarantine restrictions meant that far fewer people got to see the performances than otherwise would have. However, Intonal filmed a number of these performances, and Fact is proud to be presenting some of the many highlights from the five-day event, which took place from June 16-20, 2021.

The first performance we’re presenting is a set from Swedish musician Johanna Knutsson, a producer and DJ known for playing producing high-octane techno. However, her Intonal performance, filmed in the city’s stunning St. John’s Church, channels the ambient side previously heard on her 2019 album Tollarp Transmissions.