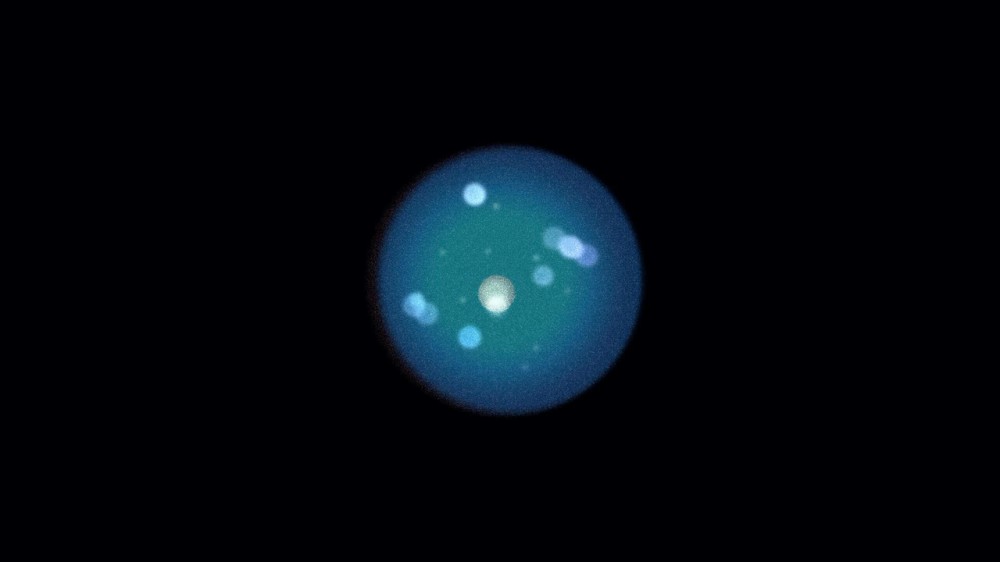 ‘Eigenlicht’ is a German scientific term that dates back to the 19th century that describes the “intrinsic light” or “visual noise” that the human eye interprets in the absence of light.

This illusion of movement in darkness is what inspired producer and film music composer to John Gürtler to record Eigenlicht, an album of electro-acoustic music that he describes as “uncompromising and personal”.

Moving through kosmische, electronic and ambient, on the record’s title track Gürtler was able to connect new and old wind controllers to play the Macbeth Systems M5 towering modular synthesiser using his breath. “The M5’s built in spring reverb and huge sliders and faders – as opposed to all the tiny knobs on Eurorack synths – make it as playable as any acoustic instrument”, he explains.

The track acts as a tribute to the M5’s Scottish creator, Ken Macbeth, and sees the composer bringing the synthesiser to life in a variety of ingenious ways. “The faders on the M5 are so wide that I’d stick a tape beneath them and draw lines for certain notes, creating scales I could play with without using a keyboard”, he says.

Filmmaker Niklas Zidarov provides a hypnotic visual accompaniment to the track by filming and animating grains of dust lit inside a self-made enclosed space using a hybrid method of digital and photographic techniques. Once he had captured the footage he then used code to manipulate and colour the grains.

For more information about Niklas Zidarov and his work you can visit his website.

Eigenlicht is out now via Inland’s Counterchange Recordings. For more information about John Gürtler and his work you can follow him on Instagram.