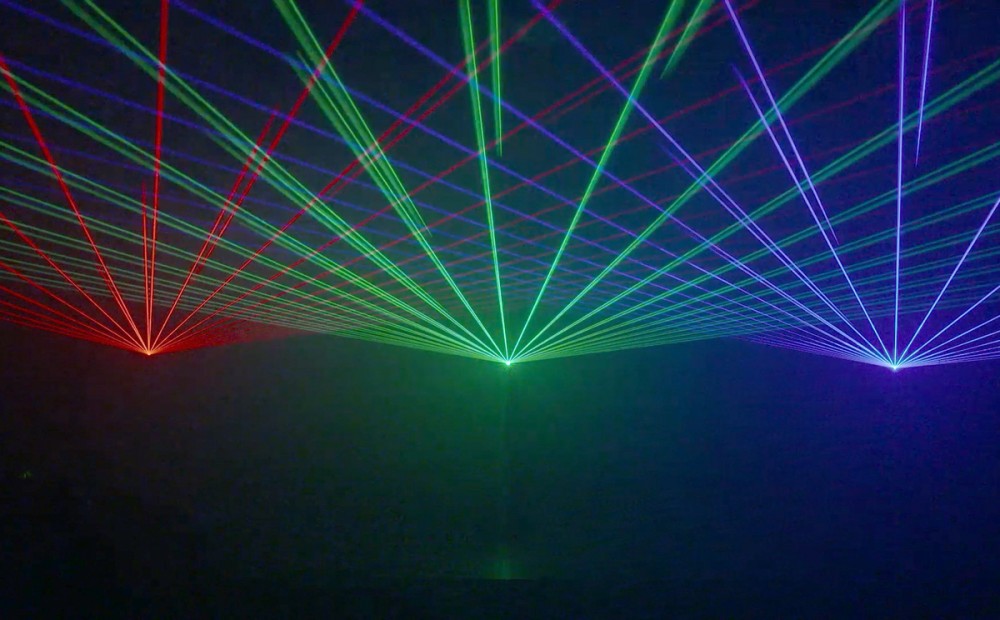 Back in 2017 Robin Fox brought his seminal audiovisual work to Prague’s Veletržní Palác.

Robin Fox has been enabling his audiences to experience synaesthesia for almost a decade. Simply by using three laser projectors, Fox weaves a blue, a green and a red laser into an immersive audiovisual experience during which what you see is literally what you hear.

The same electrical signal that generates the movement of the lasers also generates the sounds heard during the performance, resulting in an artificial approximation of synaesthesia.

“At times sound is converted directly into light geometry and at others the image itself is sonified so you hear the mechanics of the light drawing”, explains Fox. “This marks a radical departure from my previous work, which has always moved from sound to image.”

Back in 2017 the Melbourne-based artist brought his RGB laser show to the basement of Veletržní Palác, a functionalist museum that doubles up as the spiritual home of Lunchmeat Festival.

Lunchmeat Festival 2020 will take place from September 28 to October 3 in various venues across Prague and will include performances from Lyra Pramuk, Helena Hauff and SOPHIE. Tickets are available now.