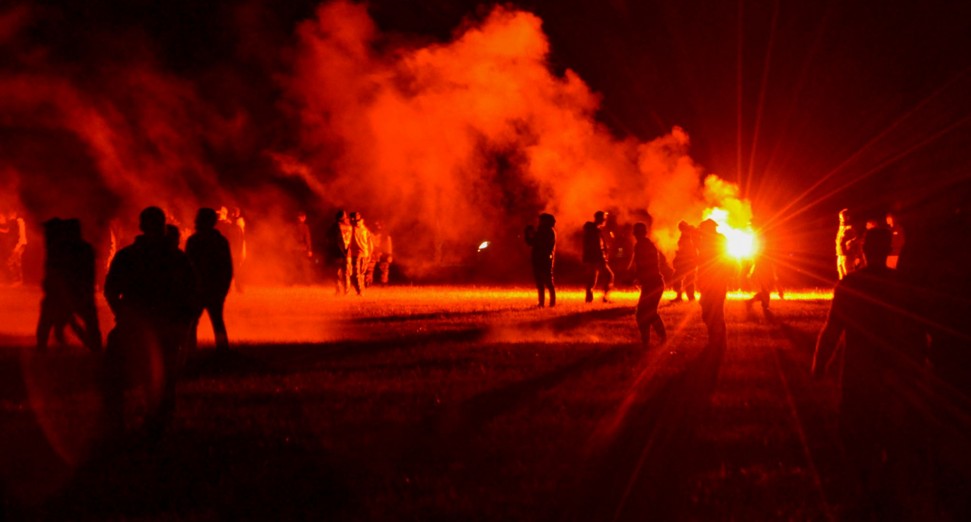 A man has lost his hand during violent clashes with police at an illegal rave in France.

The unlicensed event, which took place in Redon, Brittany over the weekend, had been advertised on social media but was banned under COVID-19 restrictions currently in place in the country.

Over 1,500 people attended the rave, which was reportedly held in honour of Steve Maia Caniço, who died after falling into the Loire river following a police raid on a concert in 2019.

400 police attended the event in riot gear, dispersing tear gas and charging crowds, and were reportedly attacked with molotov cocktails, petanque balls, breezeblocks and firecrackers. Seven hours of violent clashes took place between the police and the ravers, with one 22-year-old man losing his hand in an explosion.

Five police officers were also injured at the event and two were taken to hospital, with two partygoers also recieving treatment for injuries.

According to RFI, the rave was finally shut down at 5PM on Saturday (19th) as the sound system and loudspeakers were reportedly destroyed by the police.

Last year, an illegal rave in the French region of Lozère attracted nearly 10,000 people last weekend, before being shut down, and temporarily locked down, by authorities.