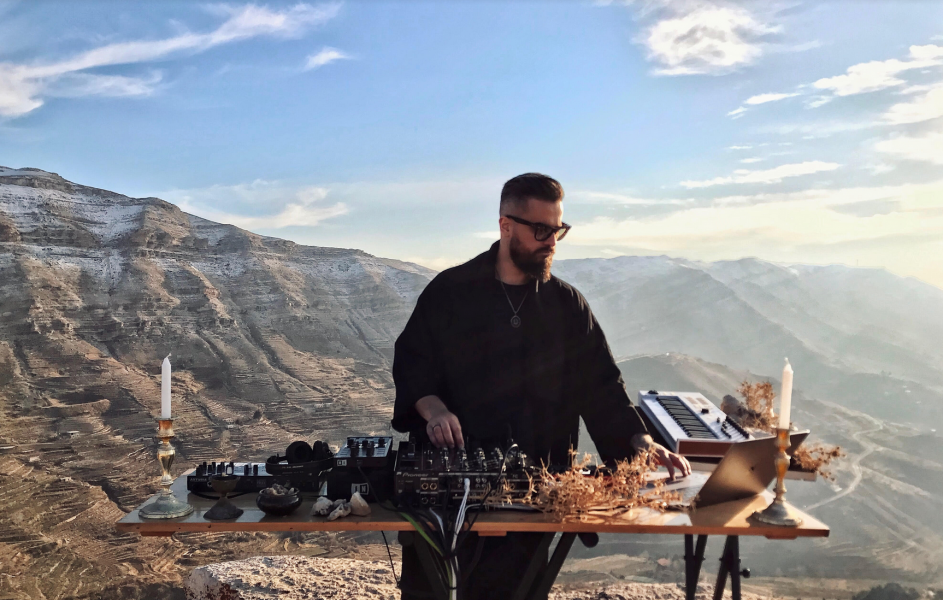 Based in Istanbul, Mel7em (a.k.a Melhem) has been on a wild ride ever since he kicked off his career back in 2018. With releases on labels such as Outta Limits, Bercana, Family Name, Art Vibes and many more, he is consistently showcasing his tasteful productions within the realm of ethereal and ethnic electronic music. His talent and dedication have led to performances in top notch venues and clubs around the world, as well as charting positions on Beatport. Now the buzzing artist has come to Cafe De Anatolia to share potentially his biggest project to date, a stunning live set filmed in Tannourine Forest, Lebanon.
As explained by Mel7em himself, he got stuck in Lebanon in March of last year, and spent a lot of time in the country, experiencing a lot of hardships it faced over the past year. This performance for Cafe De Anatolia is his way of translating his feelings and emotions into music, and a set that features a number of classics, as well as original music from Mel7em. As the artist says:
“I came to Lebanon during the month of March 2020. And I got stuck here because of the Covid travel restriction and went through a lot of hardships including the traumatizing Beirut blast and Covid and other personal issues. I’ve decided to translate all these emotions and feelings into a special musical journey to describe how I feel. I went to the Divine peaks of Lebanon, the tannourine forest, to record this special life set where I want to display God’s beautiful frames of this blessed land. I am honored to share this live set with all of you via Cafe De Anatolia thanks to Nick and Billy for their interest. Thank you for your love and support.”