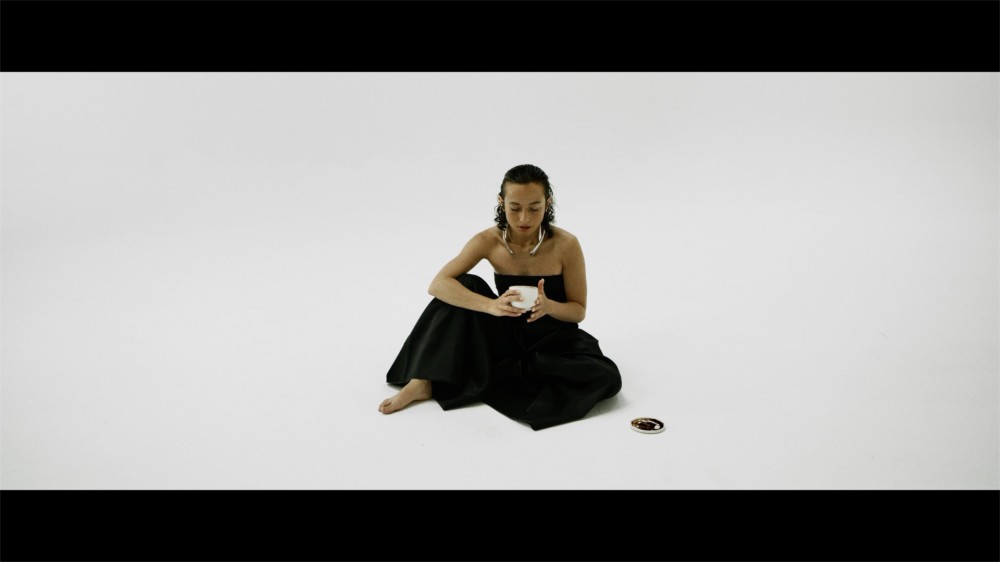 Ali علي, a deeply personal reflection on loss and identity. Constructed as a tribute to her late father, the record sees the artist born Beste Aydin coming to terms with the diverse array of influences from her birthplace of Istanbul and her adopted homes of Berlin and Copenhagen, as well as documenting the process of reconciling her experiences as a Middle Eastern woman with a Muslim upbringing with a more Westernized arts and music scene.

Drawing from her background as a classically-trained pianist, as well as her head-spinning DJ sets at Berghain in Berlin, Possession in Paris and her residency at Copenhagen’s buzzy Endurance party, Nene H combines atmospheric ambience and haunting choral passages with hard and fast percussion and ecstatic synthesis, manifesting sonically a duality of tension and release, pitting traditional forms and textures against serotonin-inducing club catharsis. Between exploring her personal history and mourning the loss of her father, Aydin excavates an emotional vitality, pumped up into each of the eight tracks that make up the album.

“Representing my heritage and my personal loss in such way, in such format, would be something that I would be scared of doing couple of years ago,” admits Aydin, “but I have also learned to own it during the past year, especially in these times of social movement against racism and discrimination, which is bringing to minorities so much power to be who they are and not try to blend in all the time.” For the powerful visual accompaniment to the pummeling ‘Gebet’, Aydin and multidisciplinary artists Jared Marks and Mara Ploscaru turn to the esoteric practices of traditional Turkish culture.

“The coffee reading ritual is a beautiful, mystical practice rooted in Turkish culture, and serves various purposes in ‘Gebet’, explain Marks and Ploscaru. “As a base from which the narrative evolves, it honors the personal nature of this album as Nene is in fact a really talented reader! The cup acts as a symbol for the memory of her father: a living, vibrant grief echoed by the pulsing rhythms of the track; but it is also a portal into other spacetimes. The closer we look the more blurry things become. Time itself gets stretched, elongated and dizzying.”

“I would describe this project myself more as a visual realization to the whole album than simply a music video,” continues Aydin. “Jared and Mara being my long time close friends, they have a deep understanding of me as a person and of the album. The coffee reading ritual as narrative is very personal to me, it is something I have done since I was a teenager. It was very intimate project because of the storyline and all the people who are involved in it being my close friends.” Restless framing, subtly lysergic visual effects and a surreal sense of space lend the piece a ceremonial energy, imbuing it with ritualistic fervour, as though through their collaboration the artists are enacting a powerful memorial rite, in which ‘Gebet’s whirling vocal line are transformed into the words of an ancient ceremony of remembrance.

‘Gebet’ is taken from

Ali علي, which is out now on Incienso. For more information about Jared Marks and Mara Ploscaru, you can visit their website and follow them on Instagram. You can find Nene H on Instagram.