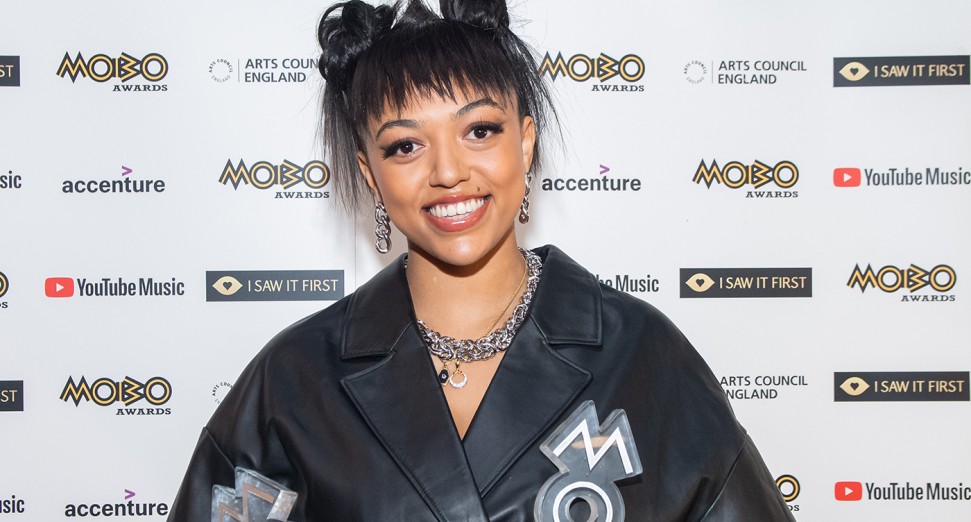 After a two-year hiatus, the MOBO Awards returned last night to honour achievements in music of Black origin – with Nines, Mahalia, and JME among the  2020 winners.

With over 15 categories, the first ever digital awards ceremony was streamed in full via YouTube and was hosted by presenter Maya Jama and Youtube star Chunkz, who won the Best Media Personality award.

After receiving five nominations, Nines beat Stormzy and J Hus for the Album of the Year award for his ‘Crabs in a Bucket’ record – also taking home the top prize in the Best Hip Hop Act category. Ella Mai was awarded the Best Album Award 2017-2019 for ‘Ella Mai’, a one-off additional category to highlight the best albums released during the competition’s absence.

Rising star Mahalia (pictured) walked away with both Best Female Act and Best R&B/Soul Act, while the Best Grime Act went to JME and Best International Act to Burna Boy. The Best Newcomer award went to Aitch and the Video of the Year award went to NSG’s ‘Lupita’, directed by Kevin Hudson.

Headie One beat fellow nominees Stormzy, J Hus and Nines for Best Male Act, and duo Young T & Bugsy walked away with the most public votes for the Song of the Year award for their single ‘Don’t Rush’, featuring Headie One.

Speaking about the awards, MOBO founder Kanya King said: “I feel very proud about this year’s show which will go down in history because of its unique commentary and set of circumstances. This wasn’t just an awards show, this is an empowering show with a purpose that represents opportunity over inequality, that represents pride for an audience that often feels marginalised, that represents achievement against all odds.”

You can re-watch the 2020 MOBO Awards ceremony below and view the full list of winners here.