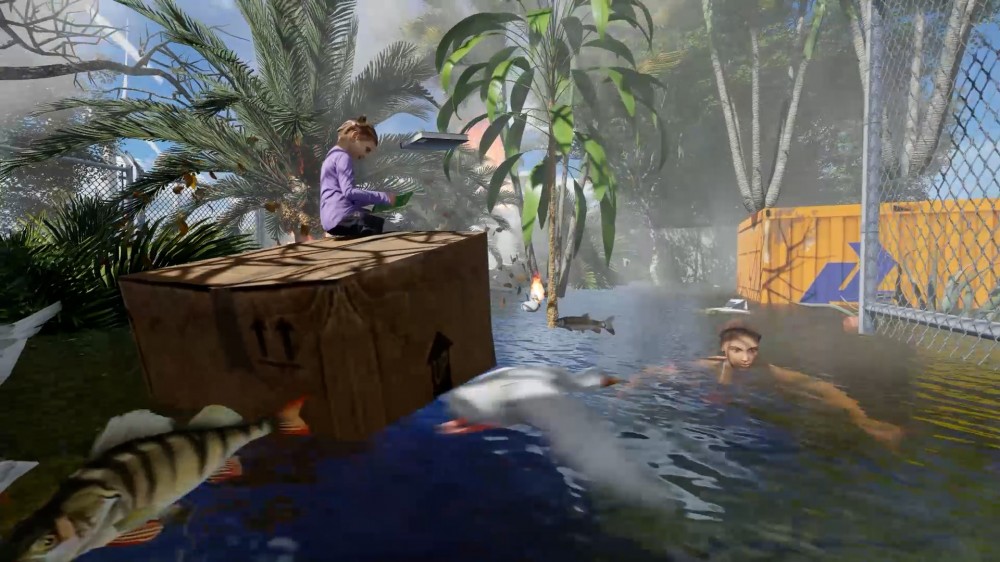 A meditation on ecological collapse from Brazilian musician Naves Cilíndricas.

Junquiera uses music as a way to expand on his work in digital media, which explores the relationships between body, materiality and technology. His music combines digital production techniques with vocals, creating an ethereal blend of high-concept club structures and melancholy ambient textures.

In the dream-like visual for Tempo Real, which juxtaposes utopian and dystopian scenes Junqueira appears to make a comment on widespread indifference to the climate crisis. Figures sunbathe while fires rage through the surrounding rainforest, which also threaten to engulf the surreal apartment building almost taken over by trees and vegetation.

Fact will be presenting more from Novas Frequências 2020 this week. You can revisit all highlights from the festival so far in our archive.