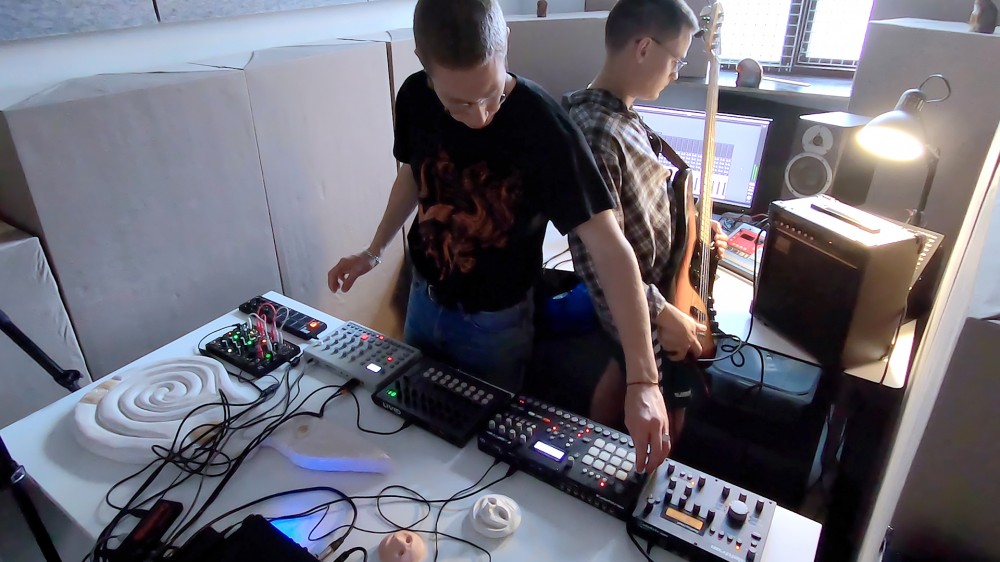 An intense techno session from the Copenhagen duo.

Code Walk‘s high-octane techno draws on classic hardcore and rave sounds, but, like much of the dance music coming out of their base in Copenhagen, has a signature all of its own. They’re regulars on Peder Mannerfelt Produktion, which released this year’s three-part Phases Triptych project. which the duo consider to be their debut album in three parts.

On this week’s episode of Patch Notes, Code Walk give us an insight into their recording process with an intense live session from their studio, where they combine gear from Elektron and Make Noise with feedback texture from a bass guitar.

Phases Tryptych, which includes the Separate, Guide and Aim EPs, can be found at Bandcamp.