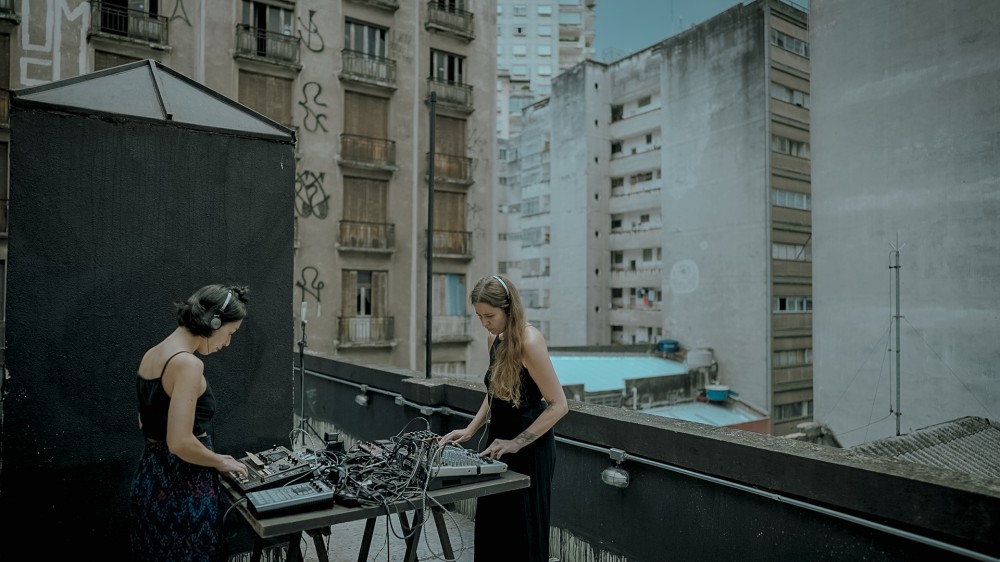 Fronte Violeta are Anelena Toku and Carla Boregas, a duo based in São Paulo who investigate the behaviour of sound in different environments via performance, audiovisual pieces, theatrical practices and collaborations with other artists. Their duo draw on the influence of the natural world, crafting ambient soundscapes and experimental beat-driven tracks.

In this episode of Patch Notes, Fronte Violeta perform a special improvised session with synths, samplers and effects amongst the metropolis of downtown São Paulo, filmed on a building where experimental music and performance venue Leviatã is located.

“In a time of isolation, to be in a wide open space made us think about what a free dive could sound like,” the duo says of the session. “This recording was made for us to be released from the concrete and dive into deep waters, to meet with gigantic animals that make us feel tiny, and listen to sounds that we didn’t know existed. And slowly we get back to where we were, the busy city, as the aquarium for us to make our movements.”

Directed, filmed and edited by Pedro S. Küster
Sound Recording by Fronte Violeta
Mastering by Cam Deas
Thanks to Leviatã