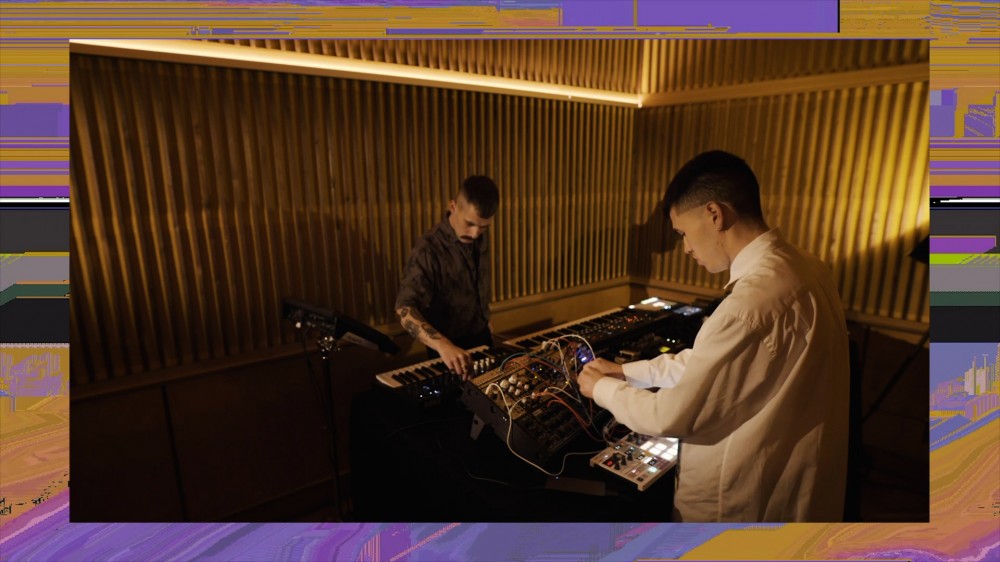 Phase Fatale & Pablo Bozzi perform an AV set of their “Italo body music” with visuals from Paulina Greta aka Imaginaria.

Soft Crash is the new collaborative project of Hayden Payne (aka Phase Fatale) and Pablo Bozzi, one half of techno duo Imperial Black Unit. The duo’s shared love of classic EBM meets disco and synthwave on their new project, which they describe as “Italo body music”.

Last year, the duo released their first EP on Payne’s BITE label, a three-track release that references William S. Burroughs and J.G. Ballard as well as exploring how the line is blurring between fetishization of technology and of the body.

On this Patch Notes session, filmed in Catalyst Berlin‘s music studios at Funkhaus, Payne and Bozzi perform a hardware live set with visuals by Paulina Greta aka Imaginaria, an artist who has previously worked with Mannequin Records’ Alessandro Adriani.

Soft Crash’s Spritzkrieg EP is available now on Bandcamp. The duo have an album on the way later in 2021.