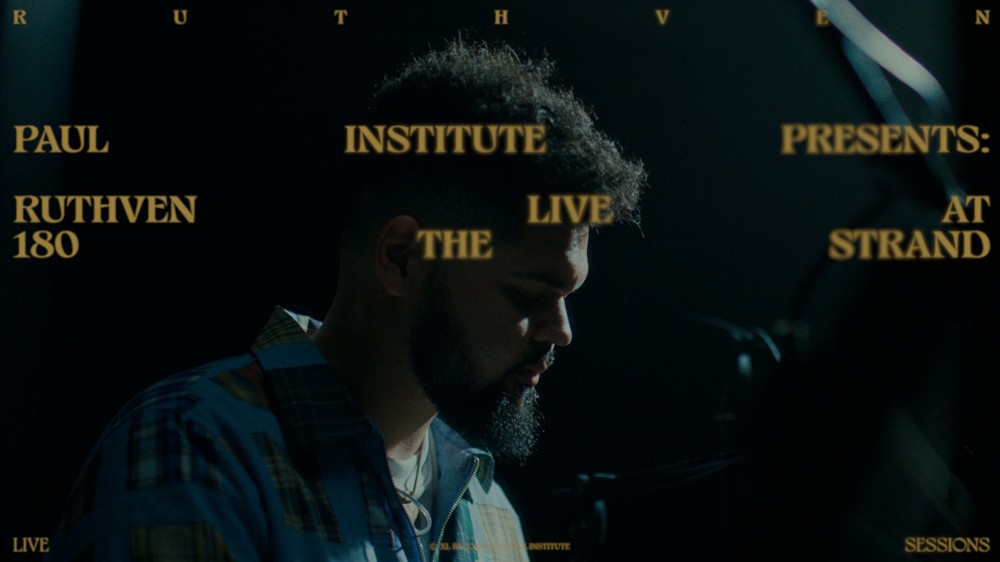 for an intimate performance of new songs, ‘123 Days’, ‘Don’t Keep It To Yourself’ and ‘The Window’.

To mark the release of his new single Fact invited Ruthven and his band members into 180 Studios to play some new songs. Directed by Jasper Brown, the performance features an all-new live band, including Ben Reed, who featured on Frank Ocean’s Blonde and Endless, on bass, Avi Barath, who was the musical director for Berwyn & Pa Salieu, on keys, Nicola Sipprell on backing vocals, Calum Duncan on guitar and Ellis Dupuy on drums. At once fragile and swaggering, delicate and steamy, we’re delighted to present this thrilling showcase from a singular artist.

“Music’s kind of been life for me,” admits Ruthven. Growing up around a family of musicians and music lovers, the vocalist, songwriter, producer and proud Paul Institute alumnus would accompany his mother to piano lessons she would teach throughout south London. “I got to know Jazz Piano Grade Three in the ’90s,” he explains, “I know them pieces. They’re just locked in my head.” It’s from this early introduction that Ruthven developed what he considers to be his greatest musical asset, his ear. “I feel like I can hear where the parts are going to go,” he says.

From there he entered the Centre For Young Musicians to play drums, an experience that would solidify the artist’s ambition to become a session musician. The demands of a job in the Fire Brigade, particularly when you’re a new recruit, don’t necessarily lend themselves to outside pursuits, though, and Ruthven switched his focus to work while also spending quality time with his young family.

“I said once the kids get to the age of about five I was gonna give it another ago,” he recalls. This renewed focus found Ruthven learning the basics of production and beatmaking during breaks between callouts on night shifts at the fire station, stashing his recording equipment in a spare locker and subsisting on a steady diet of Prince, Phil Collins and Peter Gabriel. It was right around this time that he heard the instant classic, era-defining ‘B.T.S.T.U.’. “It kind of woke me up,” he says, “and made me realise you could make music in a cultivated way.” When Jai Paul launched the Paul Institute alongside his brother A. K., Ruthven sent in a demo. Recognising him from a song he’d released on his SoundCloud, the Paul brothers caught the artist’s playful vibe and invited him to join the institute.

“Ruthven is a unique guy, with a unique pathway into the industry,” says A. K. Paul. “I’ve seen him come a long way in the past five years working with him for Paul Institute releases. We became friends in the process too – some deep discussions have gone down in the studio! With the production I tried to bring an extra layer of quality and self awareness to what was essentially a deep talent and musicality in his demos. I’m gassed to have been there at the start of his journey!”

“Everything I’ve recorded in these live sessions is going to be my voice,” says Ruthven. “Even if it’s raw, even if it’s brutally honest sometimes, it’s me.” Delivering an electric performance of his new single, ‘Don’t Keep It To Yourself’, as well as two new songs, ‘123 Days’ and ‘The Window’, this is not only a document of the artist’s raw talent but also a glimpse of Ruthven’s new chapter. With the prospect of more live shows and tours on the horizon, it’s clear that what the artist really wants is for people to sing along. “We don’t know how things will go,” he says, “but I hope that I’ve written some stuff that people can really sink their teeth into.”