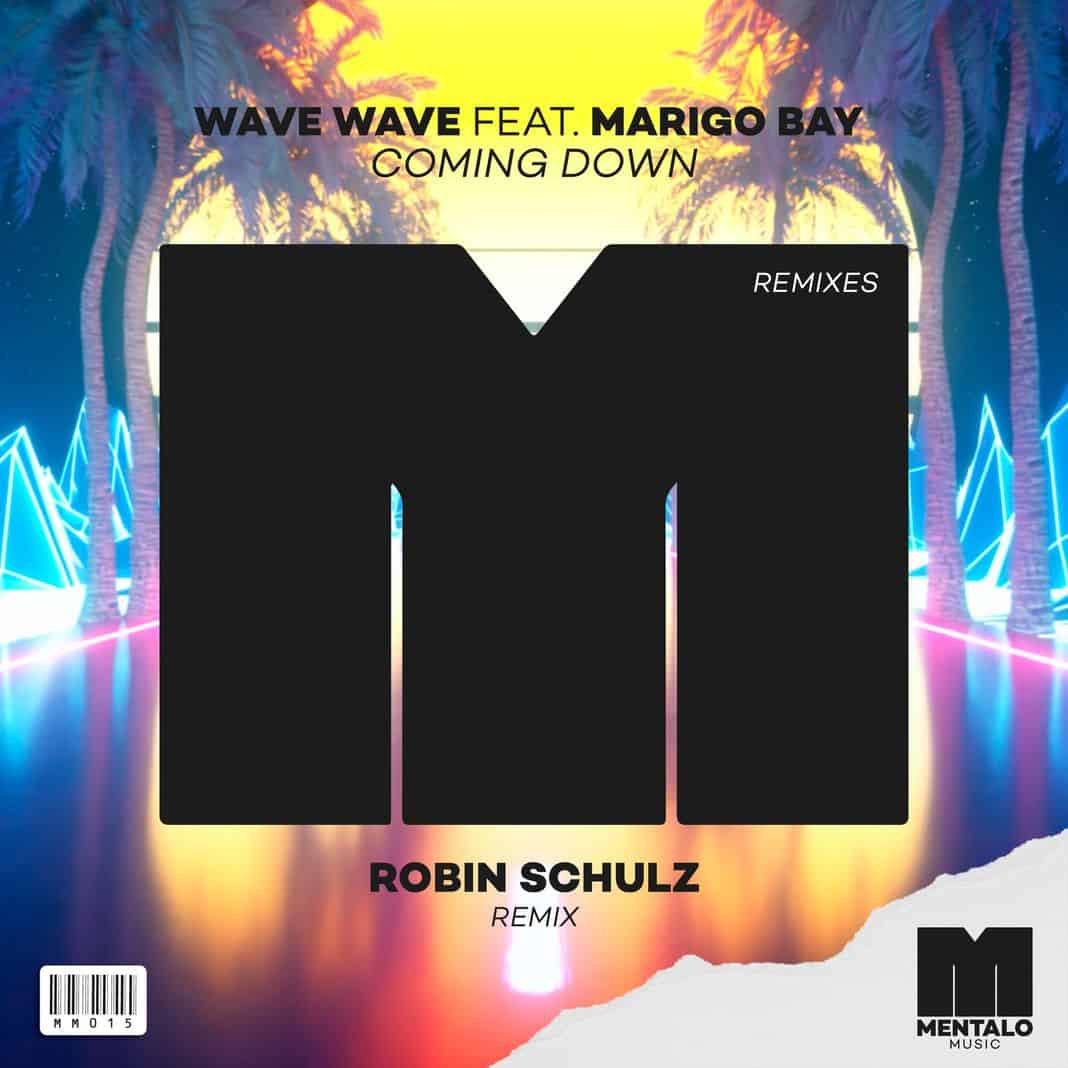 Signed as one of the burgeoning new artists on Robin Schulz’ label Mentalo Music, German DJ/producer Wave Wave turned quite some heads last month when he released the original song ‘Coming Down’. The record was presented as a melancholic pop song that nicely combined warm piano chords and sultry vocals of Belgian-American singer Marigo Bay with gentle deep house grooves and electronic effects.

As the original release is still making waves (pun intended) among both a pop and dance audience, label boss Robin Schulz has now taken it upon him to dive a bit deeper onto the dancefloor with this tune.

Of course, Robin Schulz is no stranger to remixing. In fact, he’s one of the masters in nowadays dance music who’s not solely released internationally acclaimed albums and original hit singles, but is also renowned for his remix talent. In fact, some of his biggest hits were the result of Robin Schulz taking an already existing song to unexpected new heights.

And now, he’s laid his hands on the beautiful sounds of ‘Coming Down’. Using the piano chords and vocal lines of the original as the basis of his version, the record slowly evolves into a moody piece of deep house thanks to spacious sound effects and dark undertones when the beat drops. It works wonders with the emotionally driven vocals and the bittersweet melody – as if they were made to get mixed into a more mystifying electronic atmosphere.

Robin Schulz has delivered an extra layer of rhythm and wide sounds to ‘Coming Down’, making sure the drive of the song is enhanced. And while creating this outstanding dance vibe, he’s also provided the emotional side of the song with a darker accent, making this remix a true dance tune; warm, gritty and full of club appeal.

“The first time I was listening to Wave Wave´s demo of ‘Coming Down’ I was totally flashed and directly messaged him that I’ld like to remix this one. For me personally its the biggest release on our label Mentalo Music so far. Wave Wave himself is one of the most talented producers and I’m really happy to support him with my own version of ‘Coming Down.’” – Robin Schulz

“Insane – is the best word to describe the Robin Schulz Remix of ‘Coming Down.’ I’m so happy and horned that Robin Schulz, my biggest inspiration and one of the reasons why I started producing remixed my single. A perfect remix for the dance floor. Can’t wait to see people dancing to this one!” – Wave Wave