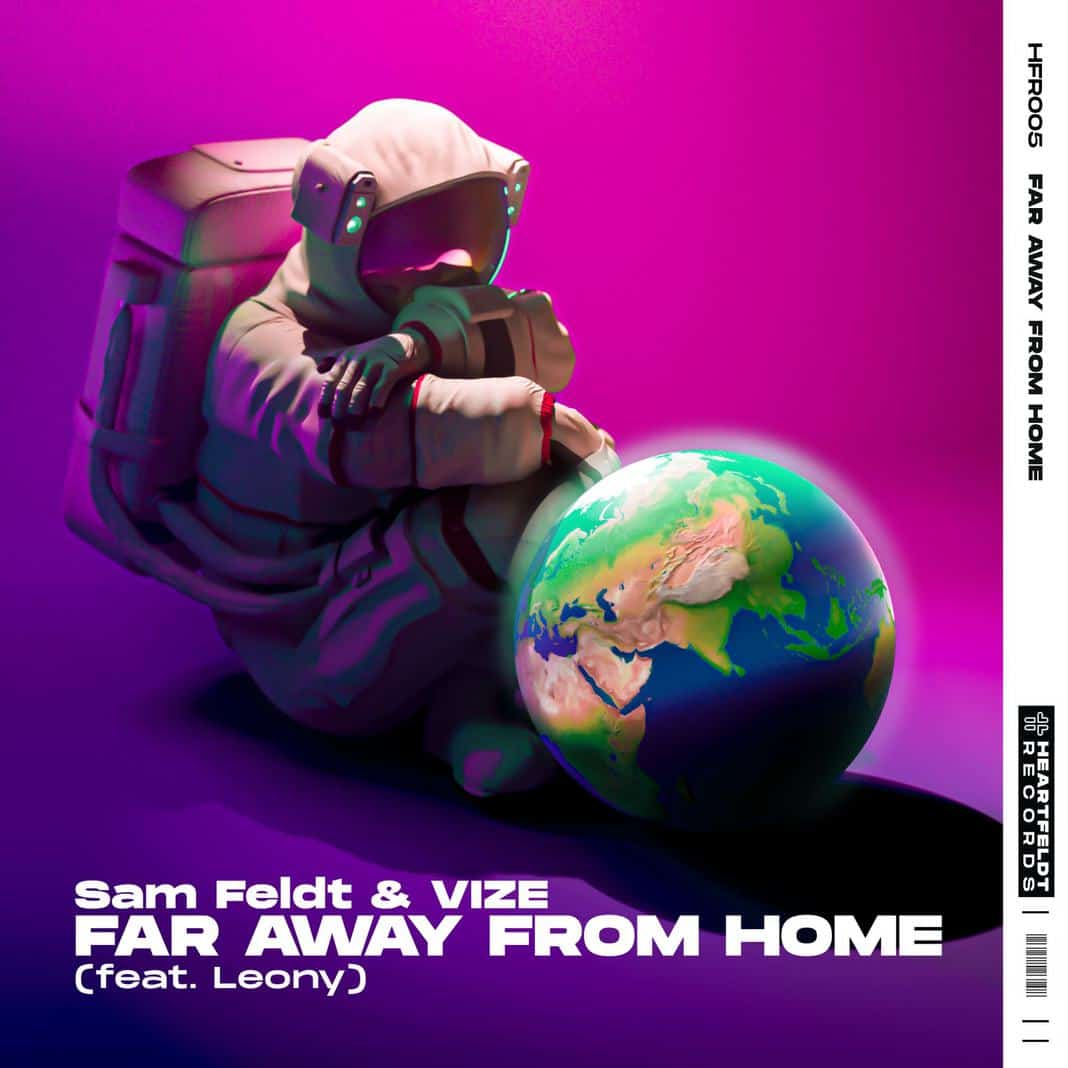 “Ever had that feeling of wanting to leave the troubles of our world behind and escape to a different planet where issues like pollution, climate change, and pandemics do not exist? Exactly this is the concept behind ‘Far Away From Home’ and the official music video. An astronaut, tired of the way humans are destroying mother earth, decides to book a one-way trip to space in search of a better place to live. During his journey, he can’t help but look back at the planet he was born on to see how the human race is doing.

After a while, he notices something strange is happening on the tiny speck of land he once called home: a worldwide pandemic has hit the planet, forcing everybody to stay home and rethink their way of life.  He sees that people once again start appreciating human connection and respecting nature, giving the planet room to breathe and heal itself from the damages done in the past. Seeing his old home blossom this way makes him homesick and he realizes that what he was looking for was always right in front of him: there’s no need to explore different solar systems because paradise can be found right here on earth. He embarks on a voyage back to earth and comes home to a healed and awakened planet and it becomes clear to him that home, truly, is where the heart is.” – Sam Feldt

Following the label’s debut release ‘Hold Me Close’ (feat. Ella Henderson), Sam Feldt returns with the stunning crossover tune ‘Far Away From Home’, teaming up with DJ/producer duo VIZE. The collab between the phenomena all started after the success of the ‘Post Malone’ VIZE Remix (26+ million Spotify streams) and results in an uplifting house groove, brilliant pop sentiments and a catchy organ melody, a gold blend of pop infused dance music. Add to this their innovative use of Leony’s vocals and you have a feel-good tune that’s bound to make waves everywhere.

Surely, this is one of this summer’s most uplifting tunes, presented by a true dream team.  ‘Far Away From Home’ works up some nice synth chords, a strong house drop and bouncy, highly effective melodies, courtesy of Sam Feldt’s productional wizardry. Meanwhile, Leony light up the chorus with bright vocals, turning this record into a burst of feelgood energy, making it the perfect blend of classic and contemporary pop music.