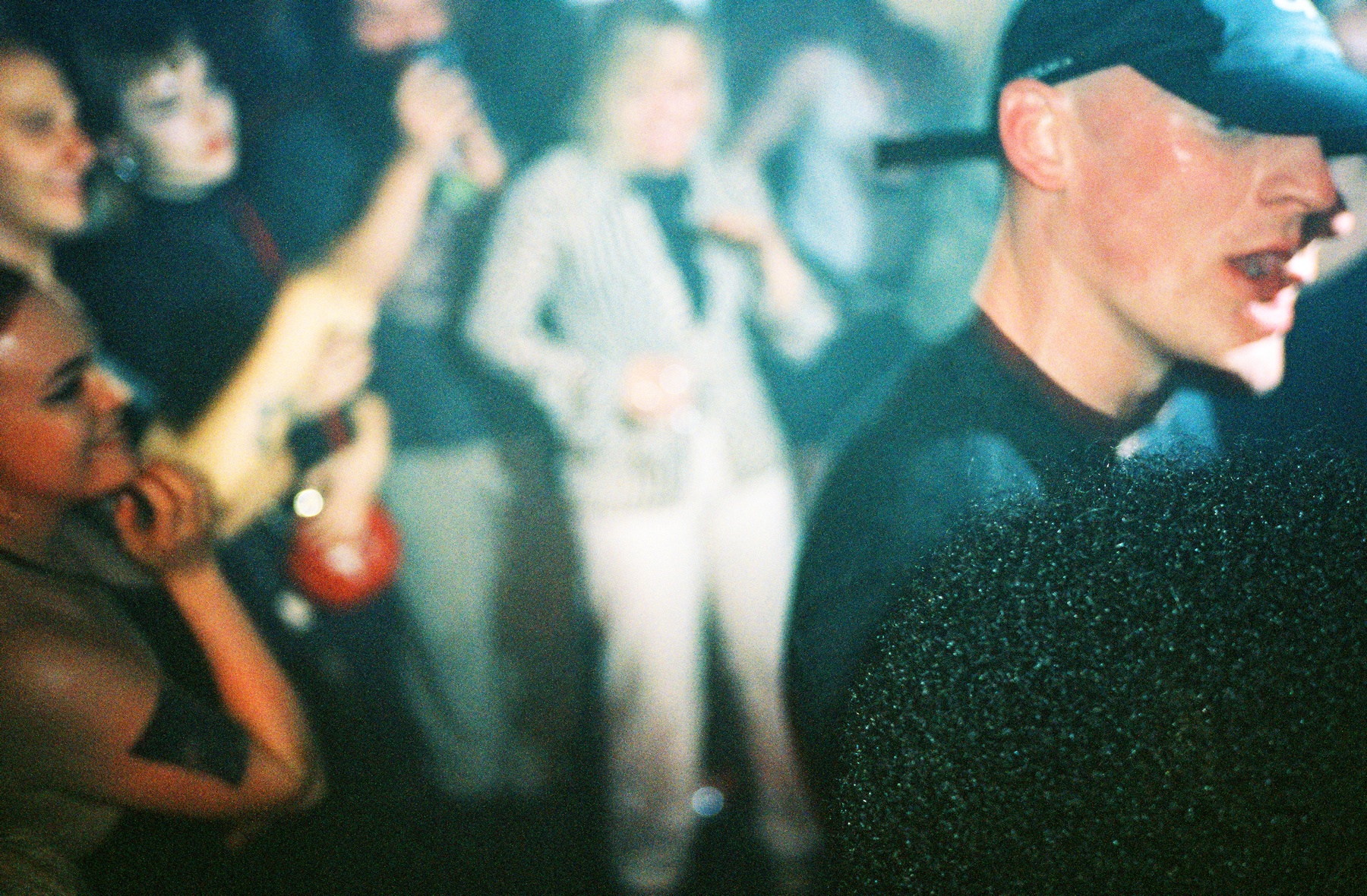 Entitled A Home, From Home, the short film was captured during a recent label showcase and features the likes of Space Afrika and Blackhaine. We’re premiering it exclusively on Crack Magazine.

Earlier this year, on a balmy late August evening, Preston-founded label Fixed Abode held a landmark showcase at Manchester venue Soup. The line-up was curated by label boss Rainy Miller – an emerging producer in his own right – with a tapestry of Fixed Abode friends, mainstays and affiliates tapped for the occasion. Space Afrika were in attendance, alongside the likes of Croww, Moseley and Tom Heyes, aka MC, choreographer and multidisciplinary artist Blackhaine, whose latest tune Hotel dropped just last week. Heyes recently worked with Kanye West, too, choreographing the rapper’s Donda listening event at Chicago’s Soldier Field stadium.

To mark the occasion, Miller (who wasn’t actually at the event in the end, after contracting Covid) enlist the help of MDDPKT – an in-house production venture led by Zane Crowther and Joe Pilkington. The pair, alongside two others, filmed and photographed the event, before compiling and editing the footage into a new short film entitled A Home, From Home. Clocking in at around six-minutes, it’s a compact and compelling film that spotlights the music, crowd reactions and palpable energy experienced on the night, as friends reunited in the dance and rising stewards of the North West electronic music scene banded together.

“We often approach our projects with documentary techniques at the forefront of our style,” Pilkington tells Crack Magazine over email. “Our work includes narrative, music videos and documentary work. We set out with this in mind for the event itself, with two other filmers: Rawtape and Ryan Robinson. The extra perspectives allowed us to create an immersive edit that surrounded each performance. The main difference with this show was the organic nature of our introduction to everyone involved. During the making of MDDPKT’s upcoming music video for Rainy Miller (that is soon to be released), myself and Zane ended up being on the filming and photography team for this event. We also ended up being the editors.”

“Being able to work with Fixed Abode on filming the night in the way that we did was a great way to document and encapsulate a really special group of artists,” adds Crowther. “Rainy Miller’s absence due to coronavirus was felt by everyone and the creative comradery that showed on Blackhaine’s final song of the night (Space Afrika’s B£E, in which he features) sums it up.”

“As the track reached its close and the sweeping orchestral strings intensified, Blackhaine emerged from within the mass huddle of people screaming ‘Rainy fucking Miller’ repeatedly until the crowd begin to join in. The microphone dropped to the floor and he disappeared into the smoke leaving the crowd in disarray and awe. Capturing moments like this don’t seem to be simplistic live music videography. It felt like we were witnessing something of cultural importance unfold before our eyes.”

According to Miller, the collective aim for the night was to create an environment that was both intense and interactive, with “each act leaning into the emotions they portray.”

“For example,” he explains, “moving from Croww at the front who battered the crowd with non-stop intensity into Blackhaine who held the middle of the room, while Rawtape beamed visuals of the crowd at the wall to me, it’s like making the crowd work through pure disorientation and a barrage of weight. To then land on Space Afrika and RenzNiro giving you a party for the hour after it…it’s like you reap your rewards, and push people to the envelope before bringing them inside. That’s how I planned the running times and the physical placement of performances.”

“A Home, From Home is a sense of Fixed Abode; a sense of together,” says Blackhaine. “There’s a lot of great music and art coming out at the moment, and this night, and this label, work to provide a sense of community for us.”

Watch A Home, From Home in the player above, and explore the Fixed Abode catalogue here.