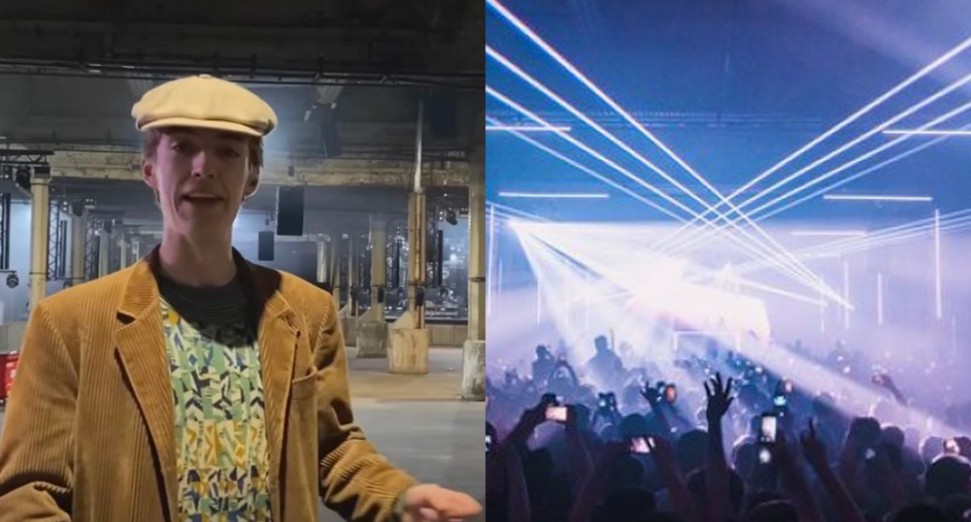 Francis Bourgeois, better known to many as the ‘Train Guy’ from TikTok, has shared content from his recent experience at The Warehouse Project.

The locomotive enthusiast has garnered a huge following on the social media platform for clips in which he travels the UK in search of iconic and memorable carriages, engines, and locations.

Last weekend he visited Manchester Piccadilly, or more accurately the abandoned station across the road, which forms part of Mayfield Depot, a cavernous venue used by the Warehouse Project event series, before diving into the party himself.

At the time of writing, the TikTok post had accumulated 1.8million views, with a further 173,200 likes on Instagram.

“This used to be a Royal Mail sorting office, now it’s an awesome club called The Warehouse Project,” Bourgeois says, before the video transitions from empty industrial space to mammoth-sized rave.

Here I am at Mayfield Depot, great railway history and an awesome club too @The Warehouse Project ##trains ##trending ##fyp

“I feel like there’s a lot of connection between my passion for trains and my love for music, especially electronic music, with industrial sounds similar to big diesel engines and clickety clackity of the rails,” he explained in a separate Instagram post. Michael Bibi, who headlines one of the Warehouse Project dates next month, was among those commenting back. Another DJ, salute, shared a photo of himself and Bourgeois side by side, commenting that “bro has more aphex twin knowledge than anyone i’ve ever met shit is amazing”.

Sacha Lord, co-founder of the Warehouse Project, was quick to share his take via Twitter: “We’ve had some A listers attend @WHP_MCR over the years… but we’ve never seen such commotion as when Francis Bourgeois turned up this weekend.”

We’ve had some A listers attend ⁦@WHP_Mcr⁩ over the years…but we’ve never seen such a commotion as when Francis Bourgeois turned up this weekend.

The Warehouse Project recently unveiled its New Year’s Eve lineup, the penultimate date in the 2021 series. The team also recently announced an intention to offer urine tests in a bid to determine whether attendees have been spiked following reports of an increase in drugs being administered involuntarily to partygoers inside UK venues.