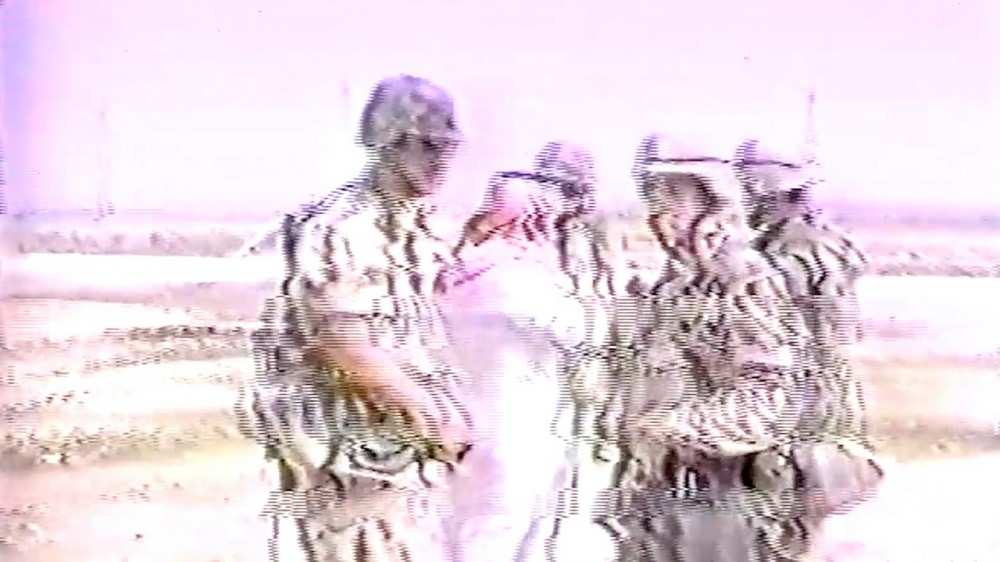 Taken from his new album, Persian Pillars Of The Gasoline Era.

Dominick Fernow once again picks up the mantle as Vatican Shadow, casting a scouring look over the shady and undocumented history of American foreign policy in Iran.

Persian Pillars Of The Gasoline Era sees Fernow returning to the pitch-black ambient and throbbing, chug techno of his previous Vatican Shadow releases, turning up the distortion and turning down the temperature with the help of Justin Broadrick from Godflesh, who collaborated with Fernow in mastering the album.

For the new record, Fernow turns his attention to the 1953 operations orchestrated by the United States and the United Kingdom to overthrow the democratically elected Prime Minister of Iran Mohammad Mosaddegh to instead support the monarchical rule of the Shah, Mohammad Reza Pahlavi.

He traces the destabilising effects this coup d’état had on Iranian democracy, as well as the violence abroad and on American soil that was set in motion in 1953. The video for ‘Predawn Coup D’etat (Schwarzkopf Duffle Bags Of Rials)’, which is the first official Vatican Shadow video, was made in collaboration with creative director AJ Annunziata, follows one of these threads.

“The footage shown is eye witness footage given to me by an anonymous soldier from the Desert Storm conflict rather than repurposed from media sources”, explains Fernow. “The narrative that unfolds here may be familiar but stands in contrast to the traditional US media narrative of Desert Storm – one of many long shadows of America’s overthrow of Iran’s democracy in 1953.”

Persian Pillars Of The Gasoline Era is the first Vatican Shadow project to be released on 20 Buck Spin, following releases on Blackest Ever Black, Modern Love and Fernow’s own label, Hospital Productions. The album is available to stream and download now.